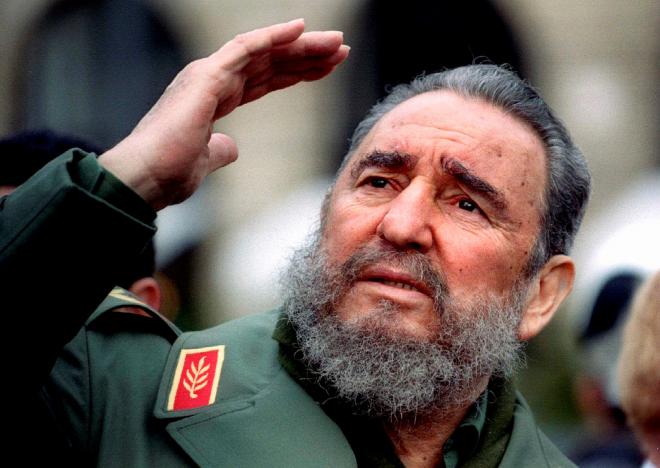 Fidel Castro, the Cuban revolutionary leader who built a communist state on the doorstep of the United States and for five decades defied U.S. efforts to topple him, died on Friday, his younger brother announced to the nation. He was 90.

A towering figure of the second half of the 20th Century, Castro stayed true to his ideology beyond the collapse of Soviet communism, and retained an aura in parts of the world that had struggled against colonial rule and exploitation.

He had been in poor health since an intestinal ailment nearly killed him in 2006. He formally ceded power to his younger brother two years later.

“At 10.29 at night, the chief commander of the Cuban revolution, Fidel Castro Ruz, died,” he said, without giving a cause of death.

Ashen and grave, President Castro told the nation in an unexpected late night broadcast on state television that Fidel Castro had died and would be cremated later on Saturday.

There would now be several days of national mourning on the island.

Raul Castro ended the announcement by shouting the revolutionary slogan: “Towards victory, always!”

The streets were quiet in Havana, but some residents reacted with sadness to the news, while in Miami, where many exiles from the Communist government live, a large crowd waving Cuban flags cheered, danced and banged on pots and pans, a video on social media showed.

Castro’s remains will be cremated, according to his wishes. His brother said details of his funeral would be given on Saturday.

Fidel Alejandro Castro Ruz was born on 13 August 1926, the illegitimate son of a wealthy farmer, Angel María Bautista Castro y Argiz, who had emigrated to Cuba from Spain

His mother, Lina Ruz González was a farm servant who became his father’s mistress, and later, after Fidel’s birth, his wife.

Castro attended Catholic schools in Santiago before going on to the Jesuit-run El Colegio de Belen in Havana.

However, he failed to excel academically, preferring to spend his time in sporting activities.

It was while studying law at Havana University in the mid-1940s that he became a political activist, honing his skills as a passionate public speaker.

The bearded Fidel Castro took power in a 1959 revolution and ruled Cuba for 49 years with a mix of charisma and iron will, creating a one-party state and becoming a central figure in the Cold War.

He was demonized by the United States and its allies but admired by many leftists around the world, especially socialist revolutionaries in Latin America and Africa. After Nelson Mandela was freed from prison in 1990, he repeatedly thanked Castro for his firm efforts to weaken apartheid.

In April this year, in a rare public appearance at the Communist Party conference, Fidel Castro shocked party apparatchiks by referring to his own imminent mortality.

“Soon I will be like all the rest. Our turn come to all of us, but the ideas of the Cuban communists will remain,” he said.

Transforming Cuba from a playground for rich Americans into a symbol of resistance to Washington, Castro outlasted nine U.S. presidents in power.

Castro temporarily handed over power to his brother in 2006 as he was recovering from an acute intestinal ailment.