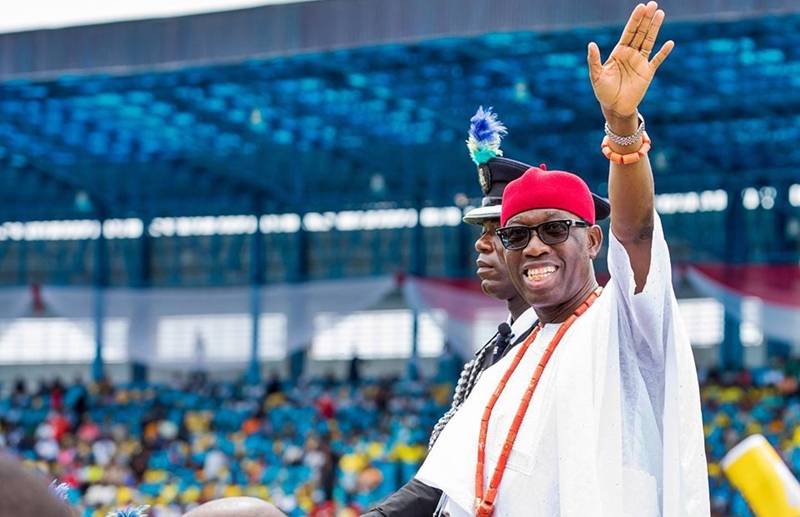 …Congratulates Fukekeme on His Appointment.

A Lagos based business mogul and a chieftain of Peoples Democratic Party, PDP, in Ethiope East local government area of Delta State, Dr Benson Edoja has congratulated the Delta State Governor, Senator, Dr Ifeanyi Okowa on his electoral victory and subsequent inauguration for a second term in office.

Dr Edoja who is the CEO of Class Motors while congratulating the Governor, noted that Okowa’s victory at the poll was as a result of his outstanding performance in his first tenure in office.

He added that Deltans across ethnic divide saw the need to reward a performing Governor; hence they came out in their large numbers to vote for the PDP and Dr Okowa which gave him a resounding victory.

He explained that the second term will give the smart governor the needed time to consolidate on his development strides in the state in his quest to build a stronger Delta.

He called on Deltans to continue to support the Okowa-led government to enable him deliver on his second term mandate aimed at positioning state for global investment hub.

He also felicitated with the Rt. Hon. Sheriff Oborevwori on his re-election as Speaker, Delta State House of Assembly, urging him to use the experience he has garnered in the past two years a Speaker to compliment the governor’s efforts in building a stronger Delta.

According to him; “Mr Speaker, congratulations on your re-election as the Speaker of the 7th Delta Assembly, we hope that experienced garnered in the past years will be brought to bear in stabilizing the House and ensure that bills with positive impacts on Deltans are given attention.”

He also congratulated the Senior Political Adviser to Delta State Government, Rt. Hon. Solomon Fukekeme on his recent appointment by Governor Okowa saying that Fukekeme is round peg, in a round hole.