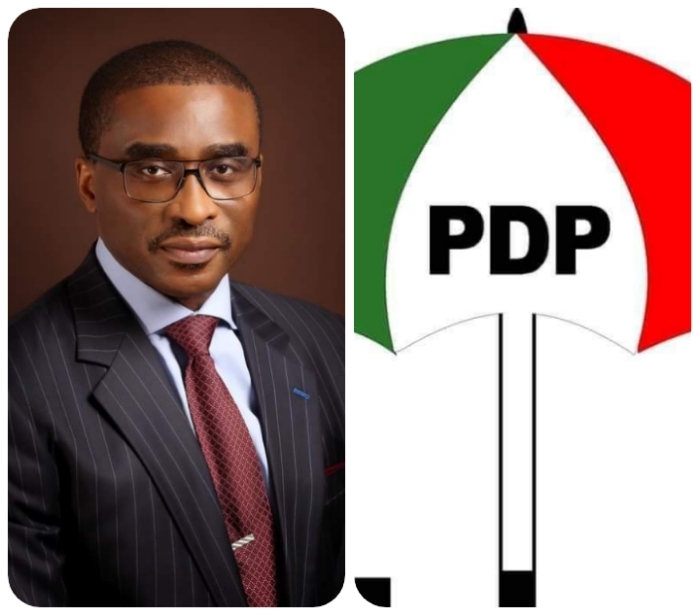 Head of Strategic Communications of Olorogun David Edevbie Campaign Organisation, Mr Fred Edoreh, has asked Deltans and faithfuls of the Peoples Democratic Party to disregard Fred Latimore Oghenesivbe’s recent publication accusing David Edevbie of not being loyal to the party, pointing out that it is the usual reckless, delusive but failed propaganda.

Speaking with our correspondent in a telephone conversation on Saturday evening in reaction to the statement, Edoreh said Oghenesivbe is only acting in frustration and well known ill-temper but that his antics are of no consequence.

“Oghenesivbe is only demonstrating his lack of deep reasoning which often makes him to stand truth, logic and decency on their heads. His antics are of no consequence. Deltans already know him as an unbridled laughing stock.”

“All PDP leaders, elders and members at state and national levels know very well that David Edevbie is fiercely loyal and remains an asset to the party. He has been in the party since 1999, over 23 years. He has performed various assignments for the party at state and national levels and served excellently in various capacities in contribution to the success of the party and development of Delta State. His Excellency, Governor Ifeanyi Okowa, has acknowledged and extolled his contributions at various times and said we cannot thank him enough.”

“When Edevbie lost to Okowa in the 2014 primaries, Okowa told us that he immediately joined forces to support him in several ways towards winning the 2015 election and urged us to thank him. That is the character of Edevbie. How else do you demonstrate loyalty and love for the party?”

“Oghenesivbe’s frustration is only because Edevbie challenged Oborevwori’s credentials and has defeated him in court to emerge the authentic candidate of the PDP. He fails to see that had Edevbie not challenged his eligibility the PDP would probably have gone on to win the election only to lose it to the opposition which would still have challenged Oborevwori’s credentials, anyway. Edevbie has therefore helped the party to achieve a stitch in time to avoid that embarrassment like it happened to the APC in Bayelsa.”

“It was obvious going into the primary and all party members were very worried. No matter that they used under hand tactics to manipulate him in, the verdict of the court after the presentation of arguments confirms that Oborevwori is a risk of a candidate. Had sobriety and reason been allowed to prevail in the first place, rather than the ill-temper which some persons brought into the party, we wouldn’t have been here.”

“I hope now all can see but, most importantly, it is time for His Excellency, our dear Governor, and the party leadership to build unity and focus by rallying round Edevbie for the success of the party in the election. We cannot proceed in error and hope to achieve sustainable success.”

“Of course, Oborevwori is entitled to appeal which they say they have launched. Legal challenge is part of the democratic process and rule, and the truth is whatever arguments are being bandied on social media at this time are just academic exercise. The order of the court that Edevbie is the authentic candidate subsists. With their appeal it is still left for the superior courts to decide. So, I see no need for Oghenesivbe to still be raking mud and bringing the party to disrepute in the media.”

“We do know that Oghenesivbe is not the official spokesman for Oborevwori, so we do not credit his statements to Oborevwori officially. Perhaps he is only trying hard to impress in order to salvage his tattered image so as to remain relevant as it is with those who cannot survive outside politics.”

“However he is Executive Assistant to the Governor on Communication and I wonder how he has remained unrestrained and continues to insult party elders including HE Chief James Ibori and the candidate of the party, fueling bad blood among members, while his office and the leadership of the party look on. I do not see how that creates value for the party.”

“As a fellow party member and Head of Edevbie’s Strategic Communications with same unflinching loyalty to the PDP, just like my Principal, I have tried to reach out personally and respectfully to him to see the need to exercise restraint in our media utterances so that we do not hurt the chances of whoever finally emerges from the court process to the advantage of the opposition. I was not surprised though that he bluffed me, blowing hot air in his usual bad manners and ill-temper.”