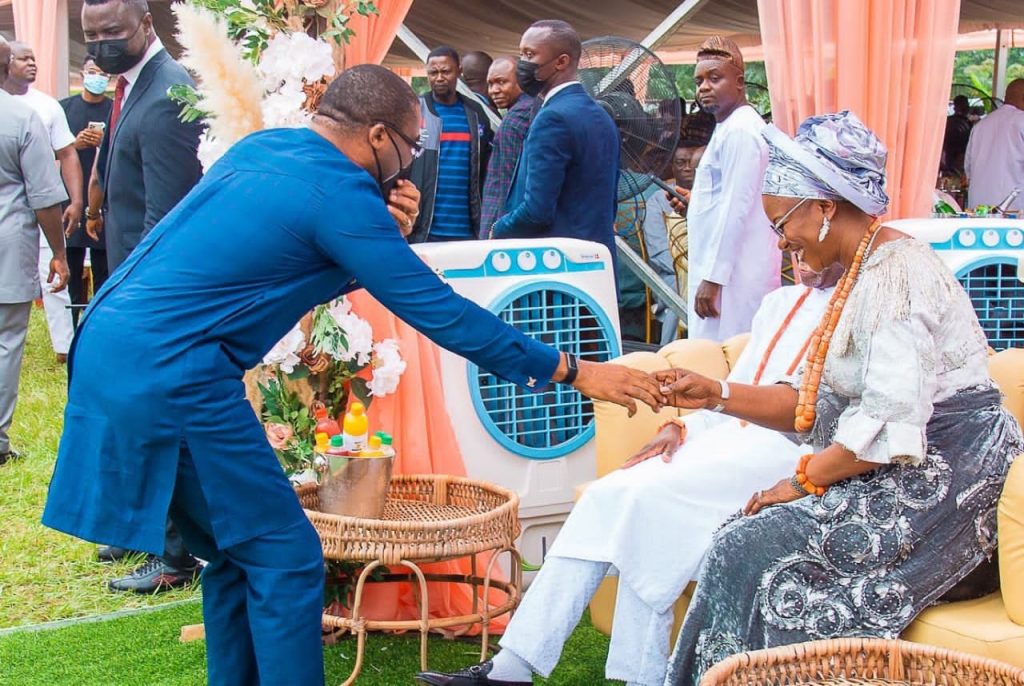 Olorogun David Edevbie was among the first callers at the family home of His Excellency, Governor Ifeanyi Okowa, in Owa-Alero, as the Governor and Delta State amiable and graceful First Lady, Dame Edith Okowa, gave out the hand of their daughter, Maxine Ewere Okowa, in marriage to Benue State born Dr Daniel Igo, on Saturday, April 2.

Edevbie, the frontline aspirant of the Peoples Democratic Party for the Delta 2023 Governorship, set aside all consultation activities to celebrate with the Okowas at the colourful traditional marriage that attracted the creme of Delta society which included former Governors Chief James Ibori and Dr Emmanuel Uduaghan and his wife, Roli, Minority Leader of the House of Representatives, Chief Ndudi Elumelu and Secretary to the State Government, Chief Patrick Ukah, amongst others.

In a congratulatory message to the family, Edevbie wrote: “I congratulate the Governor and First Lady of our dear State, HE Senator Dr Ifeanyi Arthur and Dame Edith Okowa, on the traditional marriage ceremony of their daughter, Maxine Ewere Okowa, to her beloved heartthrob, Daniel Odeh Igo.”

He also prayed God to bless the couple with fruitfulness, peace and marital bliss.

Edevbie shares very close bond affinity with the Okowa family having worked closely with Dr Okowa at various points in the state and recently as his Commissioner of Finance and later Chief of Staff for which he says Okowa is always his boss.