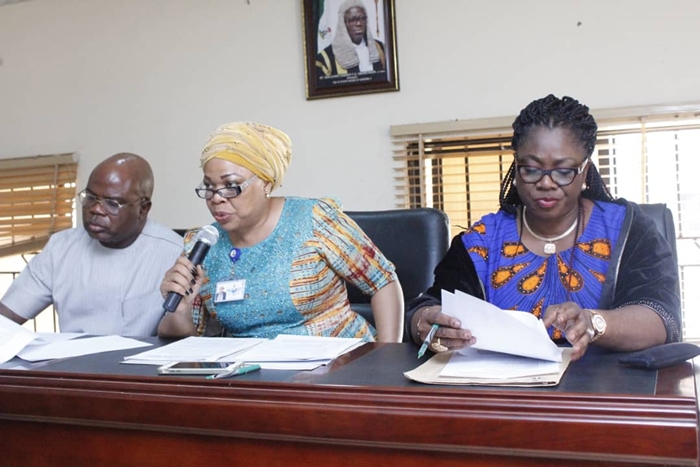 The Delta State House of Assembly has disclosed plans to clamp down on unapproved and unregistered private educational institutions in the state.

The Chairman, House Committee on Education, Hon Angela Nwaka made the disclosure during a public hearing on a bill to regulate the establishment of private educational institutions in Delta state.

Hon Nwaka at the public hearing which attracted stakeholders including the state ministries of basic and secondary education, Higher Education as well as members of the National Association of Proprietors of Private Schools among others, stated that as part of oversight bid of the state house of Assembly her committee was determined to ensure sanity, quality and standard of education in Delta State.

The Lawmaker also stated that the state legislature would be more proactive at nipping in the bud issues that tends hinder growth at all levels of the education system in the state.

Hon Nwaka stressed that aside the issue of quality of teaching, needed infrastructures must be provided in schools as extra curriculum activities were key to growing a child.

Some members of the committee who spoke including Honorable Evance Ivwurie and Shola Daibo noted that the proposed law would reposition the education sector and improve standards.

The lawmakers maintained that there must be rules and regulations as the indiscriminate establishment of private primary, secondary and tertiary institutions posed serious challenge to standards.

They noted that the proposed law would ensure that due process and standards were followed in the establishment of private schools in the state.

Delta State President, National Association of Proprietors of Private Schools, Dr. Akpeme Ochuko and others commended the state legislature for the proposed law, adding that it would help to sanitise the system.

The Education Committee and Stakeholders critically analysed the 20 sections of the bill where some of the clauses were amended.

According to the bill, no person shall run or operate a private educational institution in the state without approval granted by relevant ministries, while certificates of registration will be valid for one year and renewable subject to the conditions stipulated in the provisions of law.

Other sections amendment included, registration of private educational institutions, re-registration of existing private institutions, offences and penalties, while stakeholders urged the committee to clearly spell out the definition of creche, daycare and pre-nursery school as day care falls under the supervision of the ministry of women affairs.

The committee emphasized that as contained in the bill, every private school must have sports and play ground within the school premises to encourage sporting activities while stakeholders appealed for 24 months window to enable schools to regulate to the law in terms of structures among others areas.

The bill as amended also posited that when passed, will also regulate the structure of private institutions, as residential buildings will not be allowed for classrooms.