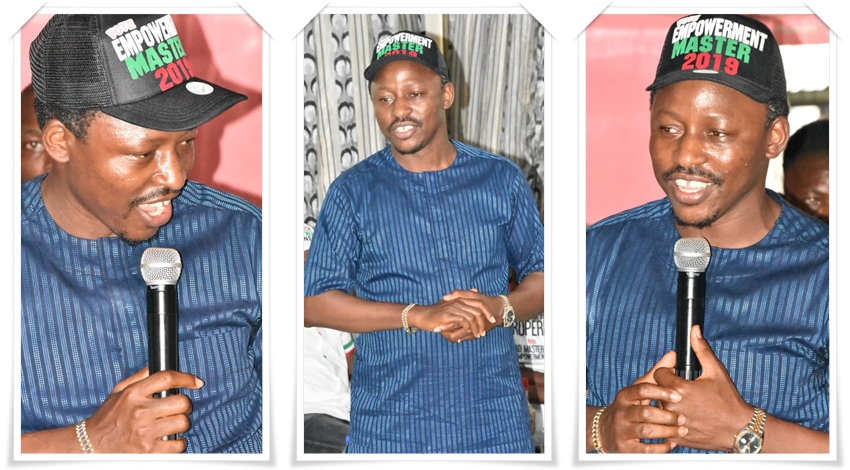 The Deputy Speaker, Delta State House of Assembly, Rt. Hon. Friday Ossai Osanebi says his decision to seek reelection into the State legislature under the platform of People’s Democratic Party, PDP was born out of the conviction that Ndokwa East Constituency deserves nothing less than the best.

Addressing stakeholders, party officials and leaders of Ndokwa East Local Government Area where he formerly announced his readiness to serve the people again as their representative in the Delta State House of Assembly, Rt. Hon. Osanebi assured the constituents of better days ahead in terms of quality representation.

The Deputy Speaker said 2019 comes with lots of hope as he was determined to step up every efforts that would usher in greater sustainable infrastructural and human capital development and empowerment for the people of Ndokwa East local government area.

Osanebi stated “in the last three years, I have stimulated rapid economic growth by empowering people to establish small and medium scale enterprises. I have attracted lots of visible infrastructures. I have also laid formidable foundations towards raising giants through multifaceted scholarships and empowerment schemes within and outside the constituency”, stressing that rapid transformation must not be allowed to be disrupted in the Constituency.

The Deputy Speaker expressed profound gratitude to the state Governor, Senator (Dr) Ifeanyi Okowa for the success stories and commended other relevant stakeholders for their collaborative efforts.

He urged the people to sustain their commitment to the second term bid of Dr Ifeanyi Okowa as governor of Delta State as well as to vigorously pursue landslide victories for the PDP candidates in the council area.

Osanebi also commended the stakeholders for endorsing him and governor Okowa for another term in office and assured all that he will never betray the confidence reposed on him.

Those who spoke including the leader of the Legislative Arm, Ndokwa East, Prince Uwa and a former Chairman, PDP in the area, Mr. Kingsley Ashibogu, commended the Deputy Speaker for his leadership qualities, stressing that his positive impacts on lives of people was worthy of emulation.

They also commended Osanebi for his effective representation, describing him as a reliable model and example to the younger generation.

The respondents promised to work for his reelection and that of Governor Ifeanyi Okowa, noting that they are indebted to the duo for their magnanimity both individually and as a people, adding that one good term, deserves another.

Meanwhile, the Deputy Speaker of the Delta State House of Assembly, Rt. Hon. Friday Osanebi has visited the Internally Displayed Persons, IDP Camp established in his constituency at Ashaka by the state government for on the spot assessment of happenings at the camp.

He was received with delight at camp by the victims of the recent rampaging flooding who have to evacuate their homes to safe place provided for them by government.

They thanked the Deputy Speaker for identifying with them and appealed for constant assistance.

Rt. Hon. Osanebi decried the situation caused by natural disaster and promised that he would always make efforts to ensure safety and comfort of the victims through out their stay at the IDP camp.

The Deputy Speaker also inspected the ongoing construction work in Ozomuku Primary School, Ashaka where he commended the engineers for the quality and progress of work and charged them to redouble efforts towards early completion of the project.