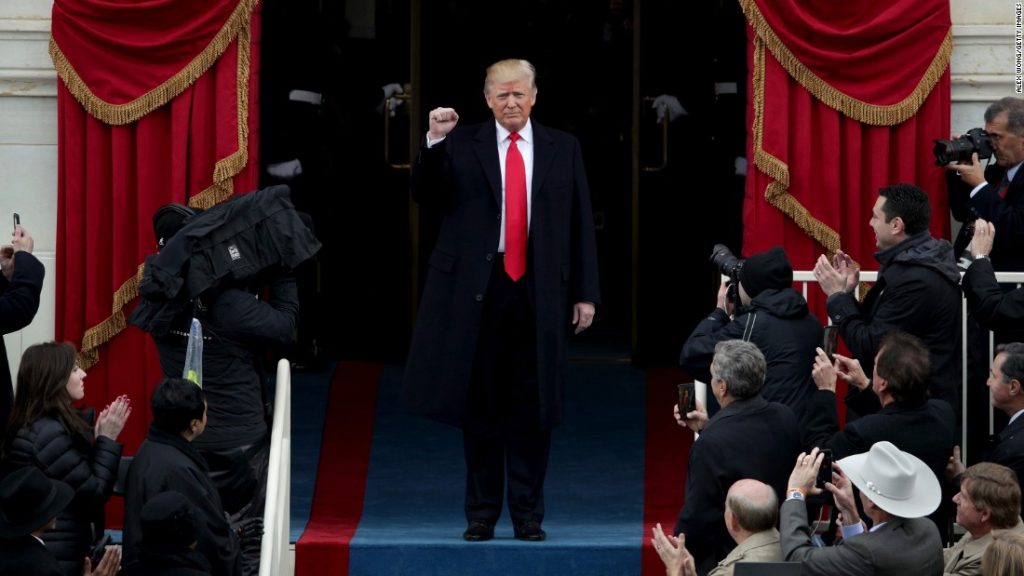 Donald Trump sworn in as 45th US president, in historic power transfer from President Obama.

In his inaugural address he vowed to fight for the “forgotten” Americans. Taking aim at Washington elites, he vowed: “Our country will prosper again”

Trump, wearing a dark suit with red tie, is taking control of America in a transition of power that he has declared will lead to “America First” policies at home and abroad.

Trump raised his right hand and put his left on a Bible used by Abraham Lincoln and repeated a 35-word oath of office from the U.S. Constitution, with U.S. Chief Justice John Roberts presiding.

His oath of office was administered by Supreme Court Chief Justice John Roberts.

Mike Pence was also sworn-in as the 48th Vice President of the United States.

Trump, in his inaugural address, thanked former president Obama and former First Lady for “being gracious to see the transition go smoothly.

“January 20, 2017 will go into history as a day that the people become the president of this country again,” Trump added.

He pledged that the people would  be the focus of his administration adding, stressing that he would be the president of all Americans.

“The oath of office I take today is the oath of allegiance to all Americans,” the president said.

He also promised to concentrate on the security of the country, lamenting that the America spent trillions of dollars to secure other peoples countries.

He  also promised to make affordable education, healthcare and housing the hallmark of his administration.