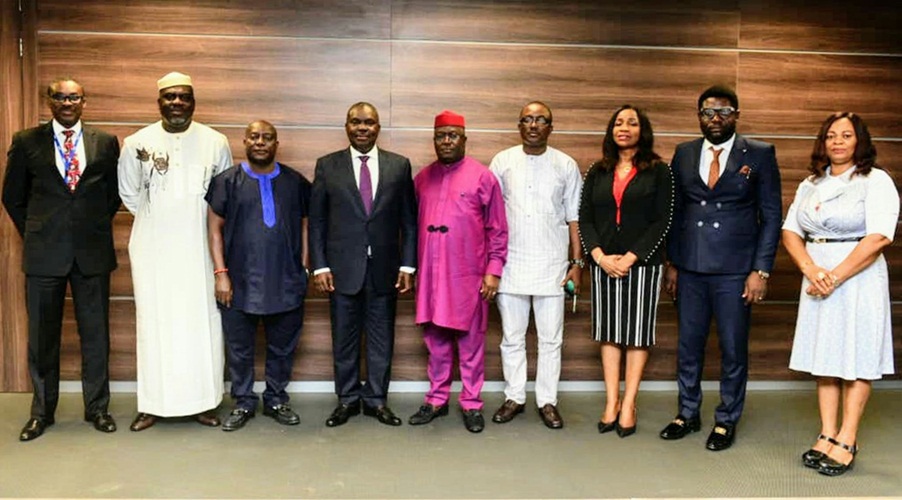 CONTRARY to what has been experienced in its 13 years of existence, the Delta State Oil Producing Area Development Commission, DESOPADEC is re-strategizing in project delivery in a bid to avoid imposing projects that will not impact the lives of the people.

Birthed in 2006 by former Governor James Ibori, the commission was tasked with the sole mandate of serving as an interventionist agency in the development of the oil producing areas of the state.

As an interventionist agency, the commission was set up to basically attain largely three main goals: improve infrastructure in the crude oil-bearing areas of Delta State, create employment and, by so doing, help ease the huge security-related incidences in the affected parts of the state.

On assumption of office, with a mandate to reposition the state for greatness, particularly the oil producing areas, the Senator (Dr) Ifeanyi Okowa led administration in its first term in office, decided to restructure the commission with the signing of an amendment bill leading to the emergence of a full fledged management, including the Managing Director, who, as head of management, is in charge of coordinating the management team to effectively implement the broad policies and programmes laid out by the board.

During the event, the governor had stated that, “SMART is not so much a new policy, but it is a new approach to addressing our most pressing needs. It will sustain and deepen the policy of less dependency on oil and lay a solid foundation for economic growth and infrastructural development.”

In keeping with this new approach, the present DESOPADEC board, immediately after its inauguration on July 31, 2019 hit the ground running with the implementation of new ideas to meet the mission of putting smiles on the faces of people in the host communities through the provision of infrastructure, health care, roads, bursary scholarships and a host of others.

In actualizing this mission, the board, led by its Managing Director, Bashorun Askia Ogieh, began a town hall meeting with the five oil bearing ethnic nationalities in a bid to interact with them and feel their needs as regards project execution, ahead of its next budget preparation.

The move according to the MD, “is a bottom-to-top approach” noting that with such tactic, the commission will be embarking on projects needed by the people contrary to the scenario where such projects are imposed on them.

He explained that the approach is in line with the rebranding of the commission by the state government to meet with the vision and mission of developing oil bearing communities in the state.

According to Chief Amadhe, he said, “I must place on record that we acknowledge and appreciate the new bottom-to-top approach system being adopted by the board as a wonderful initiative that is bound to bring a sharp turnaround in the fortunes of the mandate areas of the commission.

“It is my fervent believe that if well executed, the new approach will not only bring about the desired results, but will remain a potent factor in achieving the set goals.”

Without taking a pause from the town hall meetings, the commission immediately began what it described as a Business Development Swing, to multinational oil companies operating in the state, in a bid towards seeking synergy with them in the development of the oil bearing communities.

ALSO READ:  THE ARENA: Omo-Agege and His Shameless Lies

Not deterred by the fact that their corporate headquarters are located in Lagos, Bashorun Ogieh who seems determined for development of these communities, dragged executive directors of the commission alongside some heads of departments, to meet with the various managements of the oil companies.

At the Ikoyi corporate headquarters of SEPLAT Petroleum Development Company, the DESOPADEC team met with the Chief Executive Officer, CEO of the company, Mr. Austin Avuru, who advised that the commission sets up a team to meet with its Corporate Affairs Manager to see how both bodies can operate together for development.

In putting words to action, Mr. Avuru stated that such deliberations should come ahead of the company’s 2020 budget in order to allow it accommodate the recommendations suggested for collaboration.

A day after the meeting with the SEPLAT CEO, the commission met with executives of the Heritage Energy Operational Service Limited, HEOS and harped on the need to synergize for development and smooth operations of the company.

In his address to the HEOS crew made up of the company’s Executive Director JV Business and Government, Dr. Chidi Chukwueke, Head, Corporate Services, Richard Cutts and the company’s Chief Executive Officer, Naim Sadiq, Bashorun Ogieh stated that the commission will continue to serve as the missing link between the state government, the oil bearing communities and the oil companies.

He said: “One of our duties is to see that peace is enabled in the area for smooth operation of your company because our 13 percent derivable is from the sales of oil that is produced by oil companies operating in the state.

“DESOPADEC has been maintaining security in the waters and on land to a whopping tune of N500million monthly. It has also been providing logistics for the security operatives to ensure that the pipelines are safe for production.

“In addition, the agency is doing a lot in surveillance of general oil facilities by intelligence gathering through the locals, which is also very expensive. I do not know if evaluation and monitoring is being done by Heritage, as we need to synergize in that area so that we do not have overlapping or duplication of responsibilities there.”

He also told the team that his commission trains a lot of the teeming volatile youths, to check restiveness, adding that this fosters stability, which in turn,  impacts positively on the economy of the state and those of the oil companies operating there.

On his part, HEOS Executive Director, Dr. Chukwueke, harped on the need for collaboration between both bodies especially in the area of security, to enable a smooth operation by the company on exploration, in order to aid development of the areas.

Applauding the relationship between the company and its host communities, Dr. Chukwueke noted that the management of the company is happy with the community relations because everything is working out well for the company in the state.

He said: “We are going forward in satisfying the yearnings of the people in the communities and we’ll like to collaborate with DESOPADEC and we are willing to work with the commission to correct errors and make things better for everyone.”

With all these being put in motion, it is imperative to state that oil bearing communities in the state are being positioned for development in line with the vision and mission statement of DESOPADEC.

Perez Brisibe writes from the office of the DESOPADEC MD/CEO.