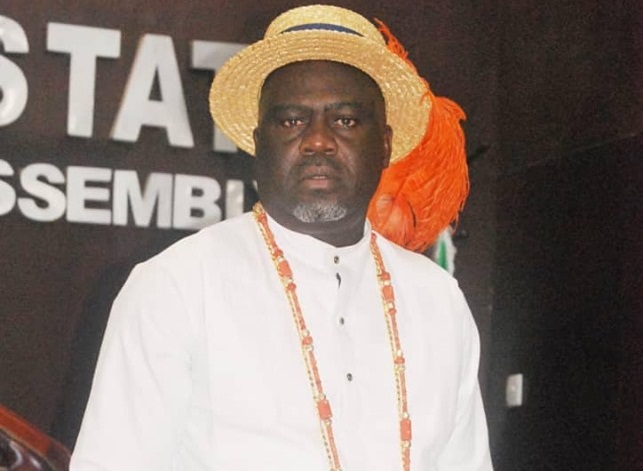 Itsekiri Oil and Gas Communities Forum an umbrella body of Itsekiri Oil and Gas related matters has expressed their displeasure and kicked against the nomination of the immediate past Delta State House of Assembly member who represented Warri South-West, Hon. Daniel Mayuku as Executive Director in the Delta State Oil Producing Areas Development Commission, DESOPADEC by the Governor of Delta State, Dr. Ifeanyi Okowa.

Coordinator of the forum, Comrade Omayeli Okotie, while submitting their protest letter titled “A protest letter over the nomination of Hon. Daniel Mayuku as DESOPADEC Executive Director by His by His Excellency, Senator Dr. Ifeanyi Okowa, Governor of Delta State”, to the Olu of Warri, His Majesty Ogiame Ikenwoli at his Palace, pointed out that “the nomination of Hon. Daniel Mayuku for the position of Executive Director did not get the endorsement or recommendation of the Olu of Warri neither did it get the recommendations of the Olu in Council, Warri Traditional Council, Warri Council of Chiefs”, which are the main and only recognized traditional institutions symbolising Itsekiri authority on issues affecting its people such as the DESOPADEC nomination.

He noted that if the nomination of Hon. Mayuku for the office of Executive Director is not immediately nullified, it will establish a very dangerous precedent that will undermine the influence and symbolism of the Warri Traditional institutions, which will in turn will lead to greater consequences for Itsekiri sons and daughters all over the globe.

The Itsekiri Oil and Gas communities Forum appealed to the Olu of Warri, HM Ogiame Ikenwoli to as a matter of urgency intervene in order to appeal to Governor Ifeanyi Okowa to kindly cancel the nomination of Hon. Daniel Mayuku as DESOPADEC Executive Director and do the right thing.

The group further posited that the nomination of the immediate past Warri South-West, Delta State House of Assembly member was illegal and therefore is regarded as illegitimate.

He advised the protesting group to remain peaceful as they carry on with their protest peacefully.