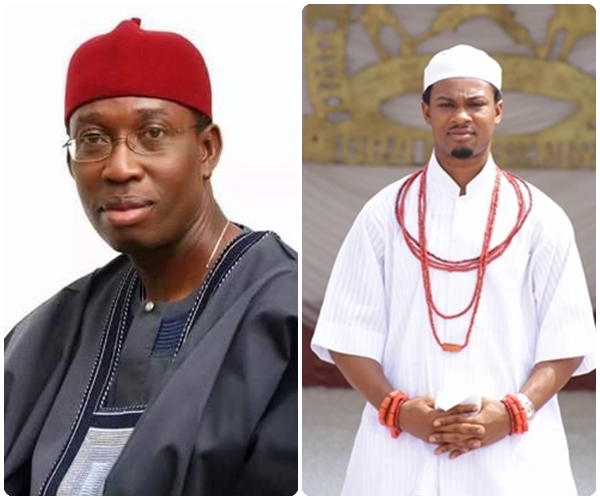 Arrangements have been concluded for the formal presentation of Staff of Office by the Delta State Government to His Royal Majesty, Obi (Engr.) Nduka Ezeagwuna, Obi of Issele-Uku Kingdom in Aniocha North Local Government Area of Delta State.

According to a statement signed by the Chairman of the Coronation Committee, Prince Victor Egbune and the Secretary, Mr. Emmanuel Ojei, the presentation ceremony will be performed by the Delta State Governor, Senator (Dr.) Ifeanyi Arthur Okowa, on Thursday December 29th, 2016 at the Oligbo Royal Palace, beginning from 11am in the morning.

The statement called on all Sons and Daughters of Issele-Uku, as well as friends and associates of the town, to come out in their numbers to grace the occasion, which is expected to have the State Deputy Governor, Barr. Kingsley Otuaro, the Speaker of the Delta State House of Assembly, Rt. Hon. Monday Igbuya and the Senator representing the Delta North Senatorial District in the Senate, Senator Barr. Peter Nwaoboshi in attendance.

Others being expected to grace the royal event include members of the Delta State House of Assembly including the Member representing Aniocha North Constituency in the House, Hon. (Engr.) Emeka Nwaobi, members of the State Executive Council as well as Chairmen of Local Governments in the State including the Executive Chairman of Aniocha North Local Government, Hon. Chuks Oseme.

The Statement further stated that the Oba of Benin Kingdom, His Royal Majesty, Oba Ewuare 11 will be present at the occasion, where he will be performing a very major traditional role.

Other dignitaries expected to grace the occasion include, members of Aniocha North Traditional Rulers Committee led by the Chairman, HRM. Obi Emmanuel Mohanyem I, Obi of Ezi, recognized Traditional Rulers from Delta State, top Statesmen and Government functionaries, as well as Captains of industry and the academia from across Nigeria and in Diaspora, amongst others.