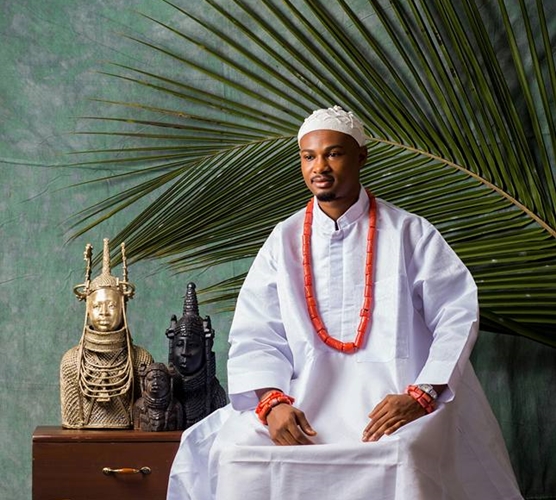 Isi-Ile-Uku, “Issele-Uku” Kingdom was founded by the Binis in about 1230 AD by Oba Eweka 1 of Benin Empire and first Ogie of the kingdom was Prince Uwadiaie who was the second son of Oba Eweka 1.

The original name of the new kingdom carved out of Benin Empire “Isi-Ile-Uku” signifies relationship with the Benis and Oba of Benin-City ‘Uku akpolokpolo Omonoba n’edo’.

When Oba Eweka 1 created the new Benin outpost of Isi-Ile-Uku now pronounced Issele-Uku, his main objectives was to check and stop the influx of the movement of people from East of the River Niger, and people from Igala land into the Edo land West of the River Niger, for farming and fishing operations. Also to use Isi-Ile-Uku, the new outpost and kingdom, as a defensive outpost to the Benin Empire and moreover for expansion purposes.

Prince Uwadiaie, the second son of Oba Eweka 1, was crowned Ogie ‘King’ by his father Oba Eweka1 of Benin Empire about 1230 A.D. and sent to rule the Bini new kingdom of ISI-ILE-UKU in company of a group of Binis, worriors, administrators, chiefs and other princes of the royal family of Benin from Ogbe, Ehaekpen, Idumu Inaleibiwe, idumu Igun, Idumu Iken, Idumu Isama and Idumu Ugboka. Members of the royal family of Benin were settled at Ehaekpen of Issele-Uku.

The custom and tradition of Benin is the same at Issele-Uku and the influence of Bini language can be noticed or traced in the Ika-Ibo language of the people of ISI-ILE-UKU “ISSELE-UKU”.

The Oba of Benin continues to crown the Obis of Issele-Uku until presently when he sends Chiefs to officiate for him on the crowning of any new Obi “king” of ISI-ILE-UKU “ISSELE-UKU”. Although the Ika-Ibo Language predominates at Issele-Uku nowadays and it was due mainly to the fact that there were more interactions with the later Ibo founded towns around Issele-Uku than Benin-City which is situated a long distance away.

All roads will lead to Issele-uku on the December 29th for the Coronation of the crown Prince of Issele-Uku Kingdom, His Royal Majesty, Obi Nduka Ezeagwuna.