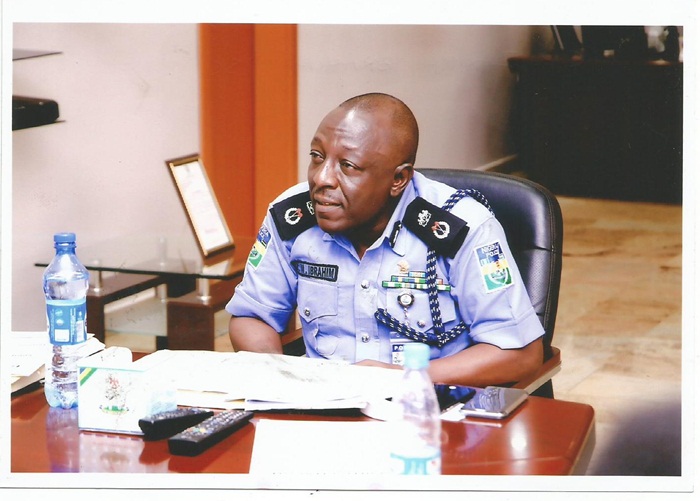 As part of the continuing efforts at ensuring that the lingering crises between Ogbe-Ijoh, Aladja and Isaba communities, which have resulted in maiming, destruction of lives and  properties, are brought to an end,  the Commissioner of Police, Delta State Command, (CP) Zanna M. Ibrahim psc, along with a high-powered team of police officers paid an on-the-spot assessment to ascertain the security situation as well as meet with the policemen stationed on ground in the area as a way of boosting their morale and also know the extent of clearing of the land done by the state government.

It would be recalled that based on the recommendations of the Delta State Security Council that the state government should compulsorily acquire the disputed land in line with the provision of the Land Use Act 1978 and to immediately clear the land of its bushes which have made it possible for hoodlums to lay ambush and commit atrocities, the Delta State Government recently acquired the disputed land and has commenced the clearing of the land.

While on the visit, the CP and his team met with the engineer on site and commended him for the work done so far. He however noted that some portions of the bush that have not yet been cleared should be cleared so that the hoodlums from the warring communities do not have a place to hide and wreck further havoc.

The Commissioner enjoined the site engineer to ensure that relics such as shrines and graveyards are not tampered with in the course of clearing the bushes.

Finally, the Delta Police Chief addressed the officers and men on ground who expressed appreciation for the visit.