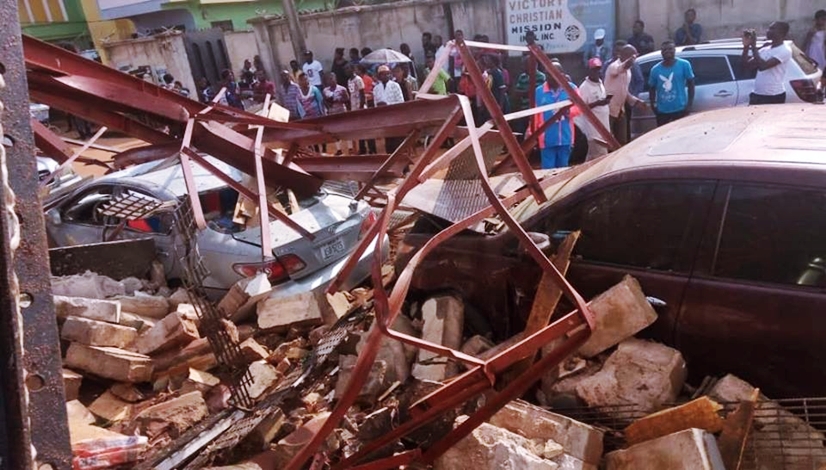 Delta State Governor, Senator Ifeanyi Okowa has ordered an investigation into the remote and immediate cause of the collapsed Water Tank behind the main bowl of the Stephen Keshi Stadium during the ongoing African Senior Athletics Championship holding in Asaba

In a statement by his Chief Press Secretary, Charles Aniagwu, Governor Okowa described the incident as regrettable but thanked God that no life was lost, stressing that an investigation would be initiated to unravel the circumstances surrounding the collapse of the water tank.

Speaking further, He also emphasized that disciplinary actions will be taken against anyone culpable in the collapse of the water tank if it is discovered that someone failed to do the right thing abinitio.

He called on the Athletes and the very enthusiastic spectators to continue to savor the beauty of the competition which so far has recorded appreciable success.

It would be recalled that on Thursday, August 2, 2018, the multi-million naira water tank that was full to brim which was recently built by state government to provide water for the Athletics Championship, suddenly collapsed as the pillars holding the tank could not carry the weight of the water.

Although, no life was lost but over three cars were damaged beyond repair while a portion of the stadium fence was completely destroyed.

The incident which occurred at about 4pm was witnessed by scores of spectators took to their heels as the water flooded the stadium’s environment.

An on spot assessment revealed that the contractor handling the project, allegedly used substandard materials for the construction of the overhead tank which led to the rapid collapse of the tank.

Eye witnesses and spectators at the event, swiftly blamed the Delta State Government for the fire brigade approach adopted to put the stadium into use, necessitated the ugly incident.