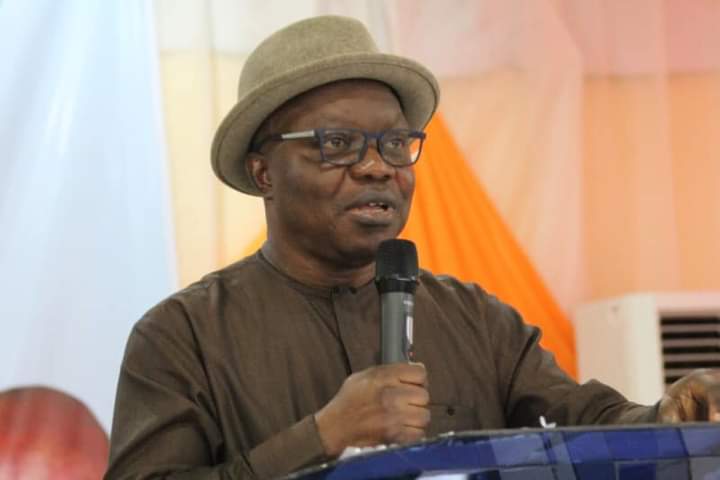 …says he didn’t step down for anyone.

The immediate past Governor of Delta State, Dr Emmanuel Uduaghan has disclosed why he will not be seeking for election into the Red Chambers come 2023.

The former governor who contested for the Senatorial seat for Delta South in the 2019 under the platform of the All Progressives Congress, APC, revealed that, he put off the ambition due to ‘election fatigue’ and didn’t step down for anyone as speculated.

Uduaghan made this known at the 2023 Press Week of the Nigeria Union of Journalists (NUJ), Warri Correspondents’ Chapel Lectures/Award Ceremony and further contained in a Statement signed by his Media Assistant, Monoyo Edon.

The statement published Thursday, March 24, 2022 on the official Facebook Page of the former governor, reads below.

I DIDN’T STEP DOWN SENATORIAL AMBITION FOR ANYONE – UDUAGHAN

His Excellency, Dr. Emmanuel Uduaghan, CON, the Immediate Past Governor of Delta at the 2023 Press Week of the Nigeria Union of Journalists (NUJ), Warri Correspondents’ Chapel Lectures/Award Ceremony, denied stepping down his senate bid but only stepped aside as a result of election fatigue.

The former Governor claimed that contrary to speculations, he did not jettison his aspiration for the Red Chamber for a Delta South Senatorial aspirant but decided not to contest because of “election fatigue”.

He explained that he never picked up a form for the Senate on the platform of the Peoples Democratic Party (PDP) but only did once while he was a member of the All Progressives Congress (APC).

“I indicated interest to contest, but at no time did I collect form in the PDP. I only collected in the APC. At no time did I step down. I only stepped aside, because of election fatigue,” he said.

Uduaghan, while delivering a lecture titled “2023 Elections and Role of the Media”, noted that by 2023 Nigeria would have enjoyed 24 years unbroken democracy, adding that the media had during the period enjoyed a lot of freedom, unlike under the military.

He, therefore, charged media practitioners in Nigeria to be more objective in their reportage since, according to him, media projections were at times far from the reality.

He also challenged media owners to be faithful with their workers by paying them as and when due to guard against being influenced negatively by corrupt politicians.

The former Governor said he was in support of the calls for traditional rulers to be given constitutional roles in governance in Nigeria, saying “with such power, authority and recognition, insecurity challenges will be curbed to a large extent across the nation.

“I feel very sad that we have not given our traditional rulers the special role they should play. I say this because a lot of cases are settled in the palaces. Traditional rulership must deal on dictatorship. They should be givens in the society. I am sure if that is done, all these challenges in our society will be reduced.”