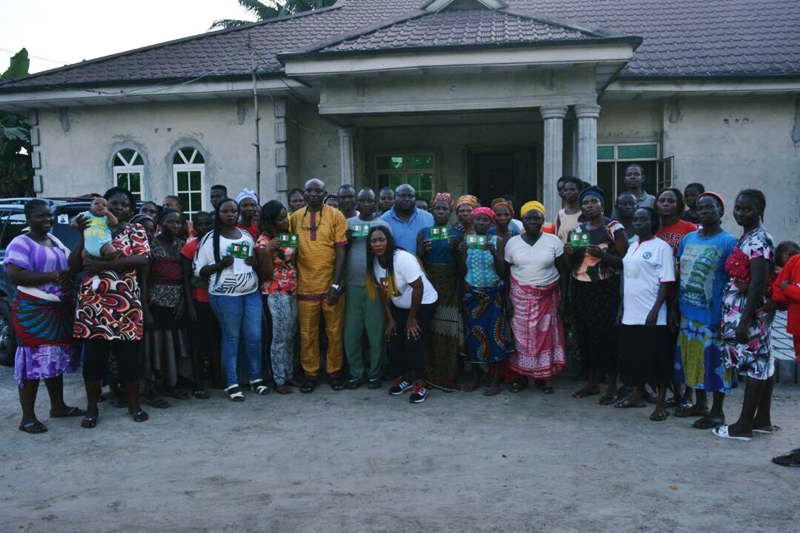 Over 100 members of All Progressives Congress (APC) from Orerokpe, Headquarters of Okpe Local Government Area of Delta State, recently dumped their party for the People’s Democratic Party (PDP).

The former APC members said they had to defect to the PDP as a result of the goodwill of Governor Ifeanyi Okowa, the Speaker of the State House of Assembly, Rt. Hon. Sheriff Oborevwori and their son, Hon. Francis Okan, Chief of Staff to the Speaker.

Speaking at the occasion, Hon. Okan who is also the Secretary of the party and the leader in the ward, implored the new members of the PDP to work for the success of the party in the 2019 general elections.

Hon. Okan said the achievements of the current Governor of the State, Senator. Dr. Ifeanyi Okowa speaks volumes for itself and therefore deserved support of the people beyond the previous support they had given.

He added that the only way to show their support for the hard working Governor and Speaker of the Delta House of Assembly was to vote them back in 2019 general elections.

According to him, his appointment which made it possible for him to be touching lives of the people in the town was as a result of the emergence of Rt. Hon. Oborevwori as Speaker of the House.

He reiterated that in previous elections, “majority of voters go to the voting centres without preparing their minds from home on who to vote thereby making wrong choice”.

Hon. Okan said he was not talking to them for the purpose of voting alone but for them to join the PDP and to work daily for the growth of the party.

He said he wanted to see them work by bringing their husbands, children, neighbours and other non-party members to the PDP, describing the party as “an elephant whose meat is capable of taking care of everybody.”

He disclosed that the projects in the community were attracted to the community through the efforts of some of the leaders in the PDP.

Highlight of the ceremony was the issuance of PDP membership cards to all who defected.

The new members who were surprised at the gesture said it was their first time they were seeing a party card.