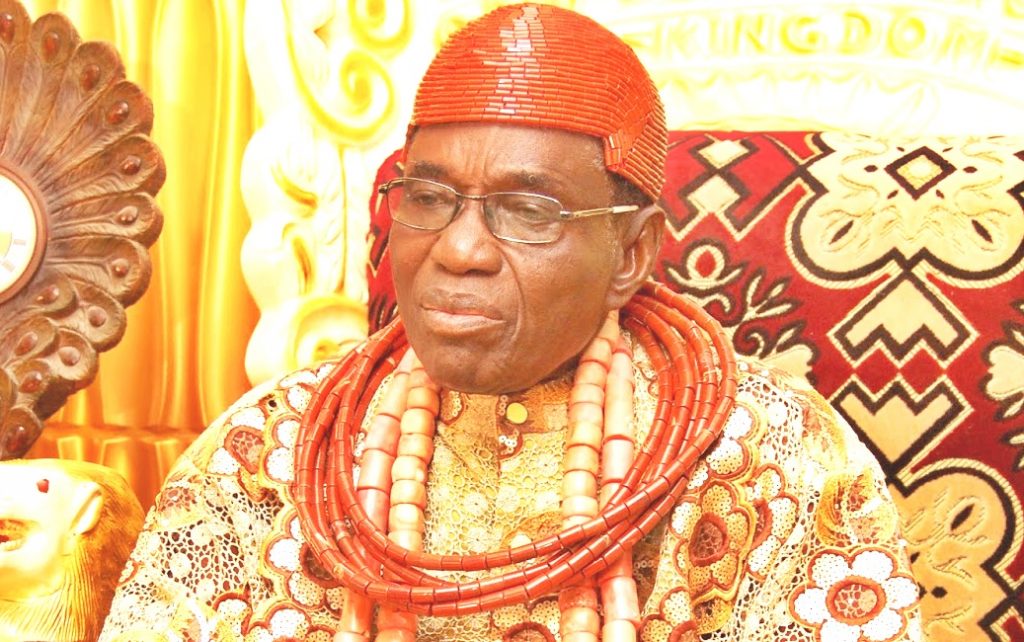 The 85 years old monarch has urged the public to disregard the stories adding that they were peddled and sponsored by his son “Victor Ovrawah” and his cohorts for several mundane and questionable reasons.

In a signed statement, the monarch accused the local media houses responsible for the story being unprofessional as they did not reach out to him or any of the parties for clarification but rather danced to the tune of their pay masters.

The monarch stressed that he was hale and hearty at 85 years and was relaxing properly in his house. It is unfortunate to say that, the symphony of multiple lies expressed in the said publication can best mislead the populace, promote falsehood and deception, and that must be corrected.

“They resorted to using an online blog “deltaprideng.com,” that is unpopular, because they are aware that the story is libelous. Therefore, the general public should disregard this laughable publication as the storyline is false, fictitious, concocted and libelous.”

The monarch expressed grief over the nonchalance of his children who he accused of being behind the ordeals. “My children are adults. I trained all of them as a father and they have their means of livelihood. Some persons are using them against me because the Government of Delta State and I dissolved the Community Development Committee (CDC), to endear permanent peace in Oleh community.

“My children boasted that if I dare dissolve the CDC, they will fight me to the grave, and this has been sponsored by Leonard Ovrawah. So, that is my offence of murder allegation and consequently police invitation.

“They should leave me alone. I am 85 years old now. They should not disturb me for the remaining years God says I should live. They should stay on their own. I did not fight my parents the way and manner they are doing to me.

“On 6/7/2022, they came with Police from Abuja on the same allegation of murder of their mother and my own wife, who has been sick and died of a natural course. I traveled to Warri when she passed away. I did not see the corpse of my late wife. My children have consistently threatened to kill me and my second wife, while they have ignored every peace move and good reasoning.

My children only included the name of Jubilant Igelige on the frivolous story because he refused to abandon me to be humiliated by them. Jubilant Igelige is my son – nephew. I am next to his mother. The mother, who is my sister, is late. Jubilant Igelige grew up with me as my son.” The statement read.

Meanwhile, Chief Jubilant Igelige JP, also accused in the petitions, spoke with The Union Nigeria in Abuja, stating that the Police met with the monarch in his Warri residence, where they took his statements and further invited him to appear at the Force Headquarters in Abuja next week.

According to him, there was no such thing as arrest as being peddled by traducers who are unfortunately his children.