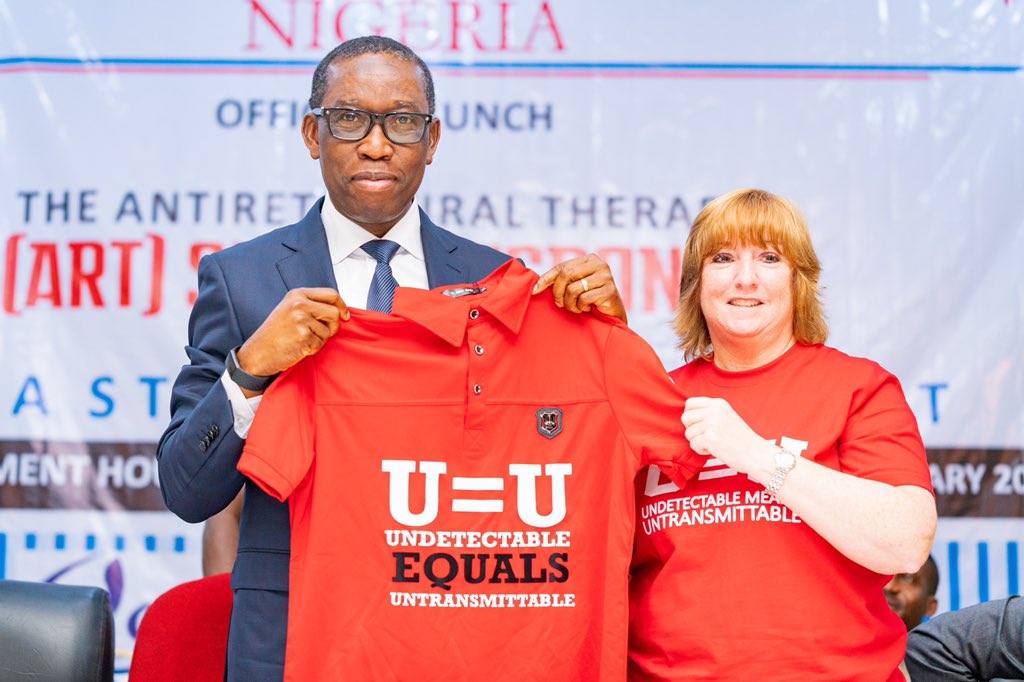 Delta Governor, Senator (Dr) Ifeanyi Okowa, has pledged that the state government would commit N100 million to fight the spread of Human Immunodeficiency Virus (HIV) in the state.

The governor made this known at the launch of HIV SURGE in Asaba on Thursday, January 9.

He urged that all hands must be on deck to check the HIV scourge, and warned that nobody should collect fees of any kind on HIV cases.

He also directed the state government-owned media houses not to collect any fee for HIV-related campaigns.

Okowa announced that laws against stigmatization and victimization of HIV patients would be promulgated in the state soon.

He said that HIV Testing Services should be given top priority, particularly in rural communities, saying that local areas were critical to the overall HIV/AIDS response and services.

“Let me assure all of you of my administration’s readiness to creating an enabling environment and support for all HIV/AIDS programmes.

“I am taking up the fight Against HIV/AIDS as one of my administration’s top priorities; we are committing the sum of N100 million to ensure that our people, especially those who are in the riverside communities are reached.

“We will treat unkindly anybody who charges users fee for HIV treatment both in the secondary and our primary health facilities.

“The Delta State Government has been offering free maternal services for all pregnant women and under-five children in the State through its equity plan in the Delta State Contributory Health Insurance Scheme, which includes free HIV test and counseling.

“Equally, the government has been making funds available to the State Agency for the Control of HIV/AIDS, for the procurement of HIV test kits and consumables to fill in emerging gaps in some of our facilities and support to partners,” he said.

The governor added that Delta State Agency for the Control of HIV/AIDS, which was critical in all HIV/AIDS matters, had been repositioned to effectively coordinate all HIV/AIDS activities in the State.

According to him, we are working to ensure that the legislature makes law against the stigmatization and victimization of people living with the HIV.

“Media houses in the state should not collect money for any publication or materials for radio and television that will create more awareness for the HIV.

“I wish to reiterate my earlier call for more partners and stakeholders, including friends of the State, to join hands to make Delta State HIV-free and provide succour to those already living with the virus.

“More than ever before, this is the time to redouble our commitments to tackling the HIV/AIDS epidemic in the State,” he stated.

“I call on all Deltans to massively make themselves available for HIV testing.

“For those that are HIV positive, they have the opportunity of being enrolled into treatment immediately because, you can live a normal and positive life with HIV and these services are free,” Okowa said.

She said that it would ensure that PLHIV live a long, normal, productive, and healthy life and help in breaking the transmission of the virus.

FitzGibbon also pledged the U.S. Government’s support to the people of Delta, especially in the identification and provision of treatment to approximately 63,000 people living with HIV, in addition to the over 17,500 people already receiving such treatment through the PEPFAR program in the state to help in moving the state towards HIV epidemic control by September 2020.

Harmattan: Ojo Cautions Deltans On Its Effects On Human Lives
Polio: Delta Flags-Off Second Round Of National Immunization Plus Days For Children
Advertisement