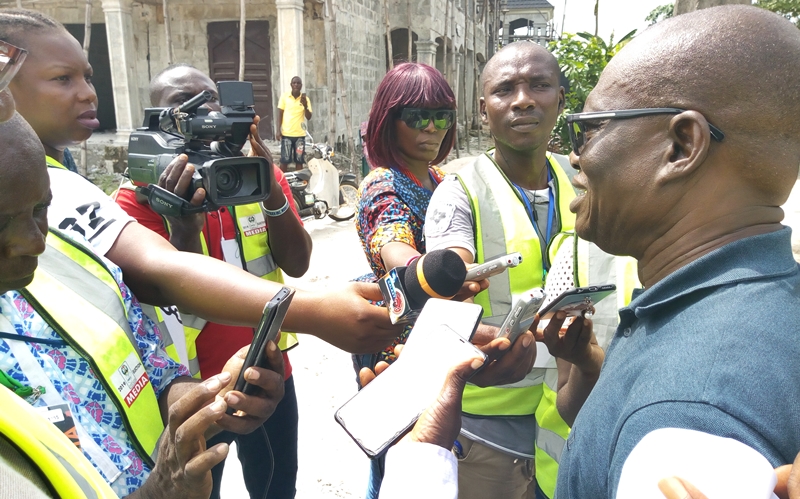 The most anticipated 2019 gubernatorial and House of Assembly elections earlier postponed by the Independent National Electoral Commission (INEC) due to certain encumbrances have been conducted.

Our correspondent in Isoko South and North Local Areas observed early arrival of materials as accreditation and voting commenced around 9:00 am unlike the recorded timeline of 11:00 am during last weekend’s presidential and National Assembly Elections.

In Owhelogbo, Isoko North Local Area, sensitive and non-sensitive materials arrived as early as 8:00 am but accreditation and voting didn’t kickoff until about 9:00 am.

Though a low turn out of voters was observed at the early hours, electorates were see thronging the polling units in large droves.

He said the low turn out seen in the morning was a result of the dissatisfaction of voters over the presidential election results but they however saw need to come out.

According to him, ”You can see that it’s been very peaceful. We pray it will be like this till the end. Voting started an hour ago. The polls today have been very orderly unlike what obtain during the presidential election were materials were grossly in-adequate.”

Macaulay commended the electorate for their turn out and patience through out the process.

He expressed optimism that the Peoples Democratic Party (PDP) will coast home to victory. ”There is no oracle about that. This state has always been a PDP state. The governor, Senator Ifeanyi Okowa has also consolidated our position by ensuring even distribution of the dividends of democracy across the state.”