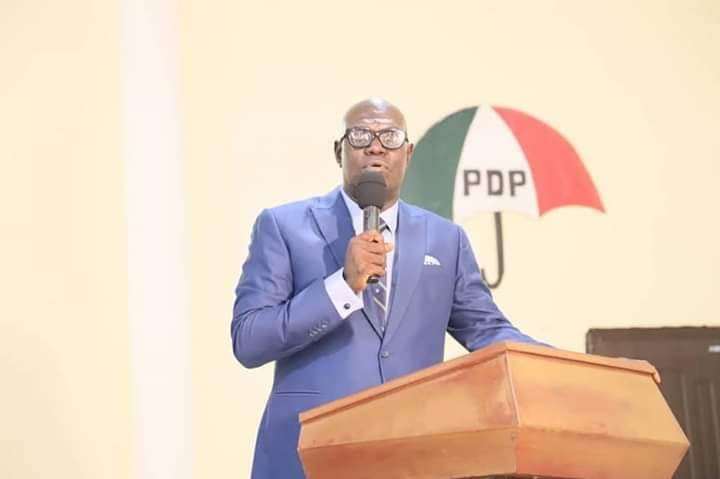 It has been uncovered that following the decision of Urhobo Progress Union to present a common united front to ensure that the Urhobo nation secures the Governorship ticket of the PDP, the Chairman of the State PDP, Kingsley Esiso, in league with other external forces, is putting pressure on the eight (8) Local Government Council and PDP LG Party Chairmen in Delta Central to write a disclaimer against the UPU endorsement of Olorogun David Edevbie.

We must warn that such a dangerous move is tantamount to betraying the socio-cultural leadership of the Urhobo nation.

As the UPU pointed out, these are very trying times, given that the sequence of rotation of power by senatorial districts is seemingly being subverted.

While DC-23, Urhobo traditional rulers and the UPU worked hard and are still working hard to build understanding across various districts and groups of the state to keep faith with the district rotation, it is obvious that the external forces are surreptitiously sponsoring and urging on a multiplicity of Urhobo and Delta Central Governorship aspirants to create a situation where Delta Central will be divided and possibly lose at the primaries.

Under this situation, the apex nationalist government of the Urhobo nation cannot just fold its hands and see the turn of Delta Central slip away. This underscores the imperative of seeking to present a common front while also still seeking the cooperation of our brothers in Delta North and South and still appealing to His Excellency, Governor Ifeanyi Okowa, for his understanding.

Having said this, we wonder why Kingsley Esiso would want to stand against the government of Urhobo nation in their mandate to guide their people and protect the interest of the Urhobo nation.

We must warn that, having been charitable enough to allow Esiso an Itsekiri man to usurp the slot of the Urhobos to emerge Chairman of the PDP, the Urhobos will not accept his continued orchestration to undo the Urhobos and deny Delta Central its rightful turn in the rotation of power to serve the selfish interest of himself and his group.

Esiso must know that while the Urhobo’s continue to accommodate him, there comes a time when enough is enough.

To our Delta Central LGA Party and Council Chairmen, we urge you to reason twice and not be used for the desolation of your land and the Urhobo Nation.