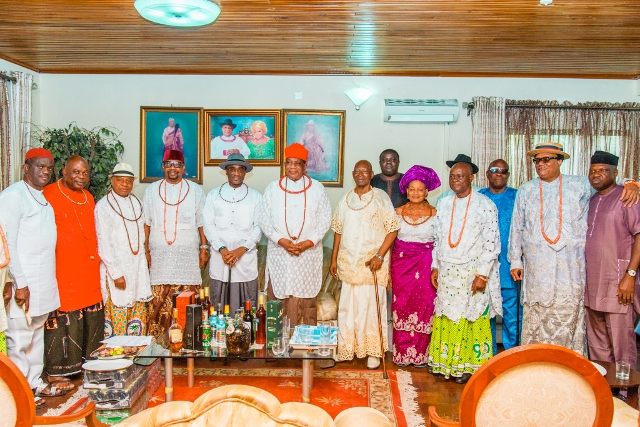 We read the news about the endorsement from a communique issued on Sunday, April 17, 2022, by Urhobo Progress Union, UPU, the umbrella body of Urhobo Nation, and signed by Olorogun Moses Taiga, President General and other principal officers of the UPU. The choice of Olorogun David Edevbie by UPU is a clear validation of the position of DECO that the stakes in this election are so high that only the best is required by Delta State. And Olorogun David Edevbie is that best for Governor of Delta State.

It gladdens our heart to know that the decision of the UPU was based not only on the need for Urhobo Nation to present a common front to ensure that Delta Central produces the next Governor of the State but that the Candidate is the best positioned to drive Delta’s development for the benefit of all Deltans.

The UPU’s choice of Olorogun Edevbie as the best after a rigorous engagement with all Delta Central PDP guber aspirants, confirms our stand that Olorogun Edevbie is the best person for the job of Governor at this critical time of Delta State, as he has the requisite public sector experience at the State, Federal and international levels.

Olorogun Edevbie’s campaign team supports the UPU in its appeal to other Urhobo Guber aspirants that they should accept the UPU’s consensus choice for the collective interest of Urhobo Nation. We believe that the action of the UPU will also help to defend, protect and safeguard the interest of the Urhobo Nation, and also promote unity and good relations with other ethnic groups in Delta State.

We thank Urhobo people for their readiness to act as sureties for Olorogun David Edevbie while in office, if he becomes Governor in 2023. This is an eloquent testimony to their conviction that Olorogun Edevbie is a credible candidate who can be trusted to keep his promises.

We also appreciate the UPU for their commitment to the principle and practice of rotation of power among our Senatorial Districts. We thank all stakeholders in the State – Royal Fathers, political and opinion leaders for their commitment to the rotational policy on senatorial basis which has brought peace and progress to our State and mutual respect among our peoples.

We agree with the UPU that the policy should continue and be sustained in our State.

Olorogun David Edevbie for Governor, Let the best do it.