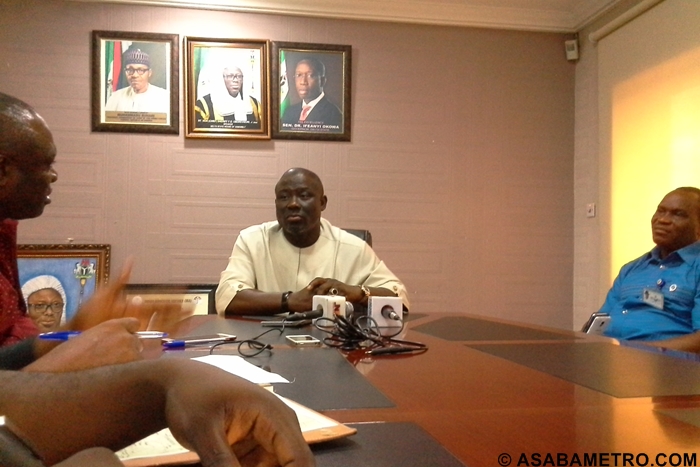 Speaker, Delta State House of Assembly, Rt. Hon. Sheriff Oborevwori has disclosed that new Chairmen and Members of the various House Committees will be inaugurated in September 2017.

Oborevwori who disclosed this while speaking to newsmen at the end of Tuesday’s plenary, said, “we will set up House Committees very soon, before Mid September”.

Earlier, in a welcome address to members on the resumption of the Third Session of the Sixth Assembly and back from their annual recess after a four weeks break, the speaker assured Deltans of a robust legislative new year, harping that people oriented and developmental bills will be highly considered and over-sight functions will be improved upon.

“I want to say you are welcome back from the legislative recess. I also trust that we have all used the opportunity of the recess as a build up to performing more credibly on our constitutional responsibilities as legislators and more ever determined to put all that wealth of experience to good use.

“As the Third Session of the Sixth Assembly resumes, my assurance to Deltans on behalf of the Delta State House of Assembly, which we all know as the most vibrant House of Assembly in the country, will be very focused, very articulate and we are going to do very well and Deltans should expect more robust debate. We are going to dwell more on our bills and oversight functions.”

Oborevwori congratulated Governor Ifeanyi Okowa and the PDP family for a successful non-elective convention noting that the well attended convention was very peaceful and has giving hope to the Party.“PDP is now a strong opposition party and the APC today should know that they have a very strong opposition and my message to Nigerians is for them to have more hope, more trust in PDP. PDP will bounce back in 2019.”

Also at Plenary, the House received the request for consideration and confirmation, nominees of the Delta State Investment Development Agency by Governor Ifeanyi Okowa. The House subsequently slated Tuesday, August 29, for the screening and confirmation of the nominees.