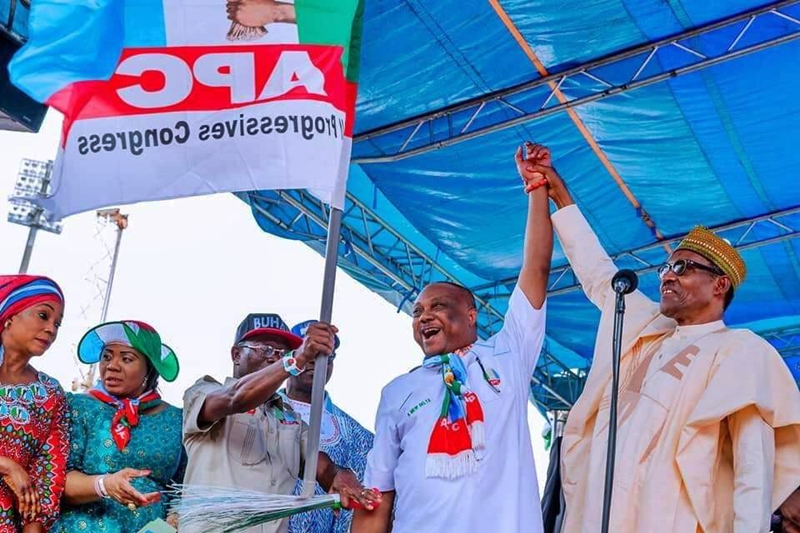 Following the verdict of the Governorship Election Petition Tribunal sitting in Asaba which affirmed the election of Delta State Governor, Senator Ifeanyi Okowa for a second term and subsequent dismissal of the petition by the governorship candidate of the All Progressives Congress, APC, Chief Great Ogboru, the State chapter of APC has disclosed plans to actualize its mandate via an Appeal.

In a press statement by the party made available to ASABA METRO, it expressed displeasure at the decision of the tribunal, which it described as joy killer for Deltans who wished for liberation from the PDP government, adding that, its exploring every available legal option to embark on an appeal of the judgement.

The content of the statement, signed by the party’s State Publicity Secretary Ogheneluemu Sylvester Imonina, Esq., reads below;

“All Progressives Congress, Delta State, received with surprise, the judgement delivered  by the Delta State Governorship Election Petition Tribunal, on the 20th day of September, 2019.

“The Party knows that Deltans and indeed, members of APC family in Delta State expected a total liberation of the State from the shackles and political hegemony holding the State down for two decades now, but the unexpected happened yesterday, thereby slowing down their crave for the liberation of Delta State at this point in time.

“The Party as a law abiding political entity, though felt pained by the judgement, believes all hope is not lost, as it shall follow the due process of law in achieving its goal/target, as the Nigerian Constitution and the Electoral Act provide the necessary remedy.

“The Party calls on all well-meaning Deltans and members of our Party to exercise some patience. Consultations are ongoing as to the next/best step to follow in respect of the judgement. That is, exploring every available legal option(s)/an appeal of the said judgement to the Appellate Court. The Party is of the firm belief that Deltans shall have course to smile again.”

It could be recalled that, the governorship candidate of the All Progressives Congress, Great Ogboru had in a petition marked EPT/DT/GOV/01/2019, challenged the reelection of Ifeanyi Okowa of the Peoples Democratic Party who was declared the winner of the March 9, 2019 election by the Independent National Electoral Commission (INEC).

Ogboru in his petition has alleged that the governorship election in the state was marred by massive rigging and electoral irregularities, and that places where election took place he won and should therefore be declared winner having scored the highest number of lawful votes cast.