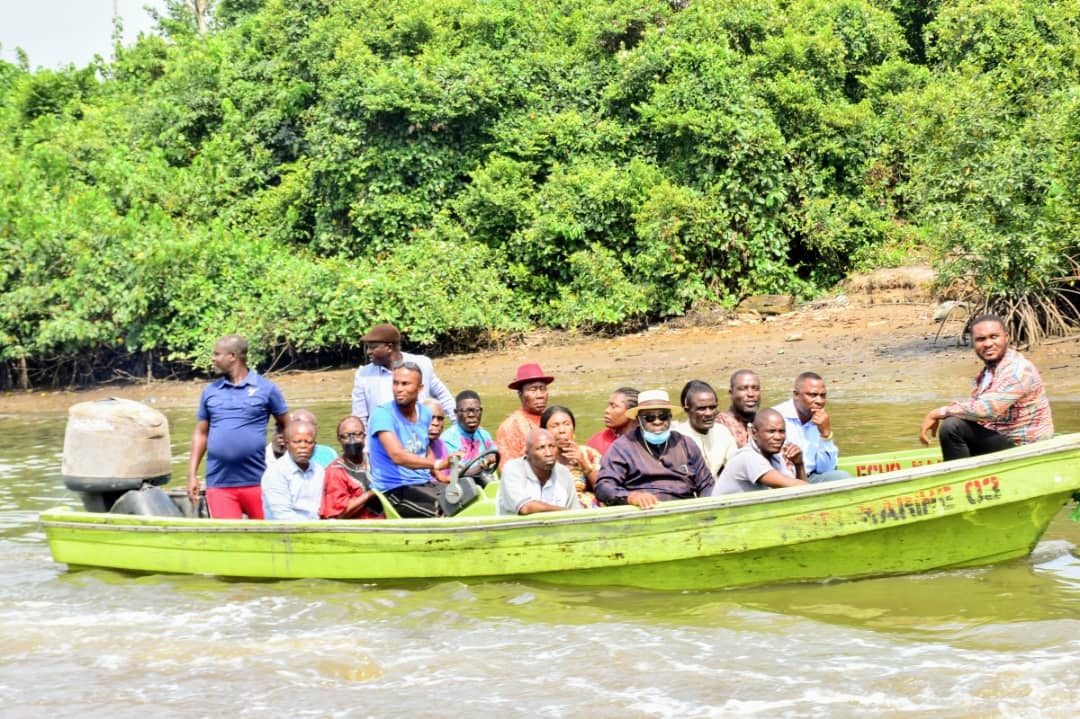 As the political race to Dennis OSADEBE House gathers momentum, riverine communities have their hope for a better tommorow rekindled by Olorogun David EDEVBIE.

Olorogun David EDEBVIE’s governorship policies and humanistic traits present a brighter future and greater comfort for the riverine communities than any other contender.

Undoubtedly, Olorogun David EDEBVIE’s quest for a reformed society away from the discrimination and unfair imbalance between urban and riverine dwellers had earlier been demonstrated when he pragmatically ensured the establishment of the interventionist Ministry of Niger Delta Affairs while working at the Presidency as Principal Secretary to late President Umaru Yar’adua.

The introduction was to add impetus in tackling the development inequalities and infrastructural deficits that have made life difficult for the people for decades.

Never economical with the truth, Olorogun David EDEVBIE abhors injustice, promotes dynamism and professionalism in management and stands against unprogressive tendencies of the “status quo.”

Olorogun David EDEVBIE is pained by the total darkness surrounding the riverine areas across Delta State.

As a modern mind, he sees the riverine areas as part of the tripod of resources and has committed to developing them to achieve Delta an integrated and accelerated development of the state.

One would think they committed some offence in history to have been so neglected and consigned to disregard. It is such a monumental aberration.

But Edevbie offers hope. For the first time, we are seeing an aspirant that is putting the development of the riverine areas as a cardinal agenda in his manifesto and he does by demonstrating a deep knowledge of the areas, understanding of the development challenges and realistic plans to solving them.

It is an indication that if given the mandate as successor to Governor Ifeanyi Okowa, he is positively determined to rewrite the story of Delta riverine communities and bring them out of the pain and agony of selective uninclusion, disproportionate and denied opportunities from lopsided concentration in developments in upland areas, devastating ecological problems from oil and gas exploration and many more.

It must be known that the riverine communities are about 50% of the landmass and population of the state and the state cannot be said to be developing when such area is untouched.

It must also be known that a larger percentage of residents of the cities are from either the riverine or rural communities and all well meaning Deltans should be prepared to support the bridging of the artificial gap in development created by humans.

By so doing, we can feel a sense of oneness even in our cultural diversity and linguistic differences.

I therefore make a passionate clarion call on the power brokers from the riverine areas in Delta State, to go back to the drawing board, redesign the latitudinal lines and contours in the territorial waters and ensure that delegates of the PDP to the May 21 primary produce for us Ologorun David EDEVBIE, for it is only in him that the rivers people can find hope of a new, better life.