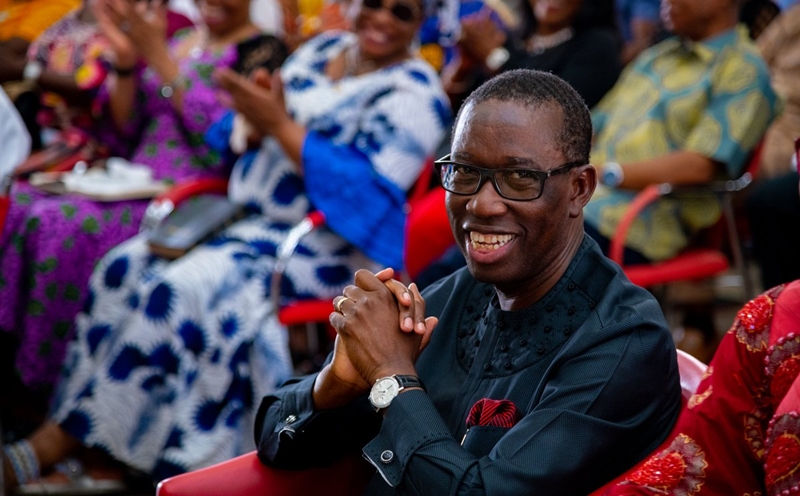 I have followed and studied the profiles and track records of all the Peoples Democratic Party aspirants for Delta State Governorship as well as their manifestos and campaign messages to Deltans.

I have also followed what people are saying about them, minding also that some of the statements are partisan and promotional.

What strikes me most is that many of the aspirants have worked with Governor Ifeanyi OKOWA at one time or the other and he has also publicly made his assessments of them at one point or the other, outside the atmosphere of politics.

Okowa’s assessment of them actually gives us better insight on the personality and capacity of each of the aspirants.

Having analysed all, I am more convinced about Okowa’s characterisation of Olorogun David EDEBVIE.

In a report by the Vanguard Newspaper in 2020, Okowa pointed out certain qualities about Edevbie for which, as the Governor has said so himself, I honestly believe that the Peoples Democratic Party whose agenda of truly developing our dear Delta State beyond measures stands tall, is poised to looking no further but to nominate and elect David EDEVBIE for the herculean task because the qualities Okowa pointed out in him are the needed ones in the person that should lead Delta into the future.

First, Okowa said that David EDEVBIE “has over the years continued to offer genuine leadership at various levels of governance to the state and country.”

What Deltans want is that “genuine leadership,” not pretentions, not hypocrisies and not sycophancies and it is re-assuring to hear Okowa testify about the genuineness of David EDEVBIE as a leader.

To buttress it, Okowa acknowledged that David EDEVBIE “made remarkable contributions to financial reforms in the state” while as  Commissioner of Finance under James Ibori, from 1999 to 2006, and under him, from 2015 to 2019.

To quote the report signed by Okowa’s Chief Press Secretary, Olisa Ifeajika, “David EDEVBIE brought his international financial exposure to bear on the state’s finances during the periods.”

Upon the above, this confirms the story that as a Commissioner of Finance, Edevbie raised the state finance from N6b in 1999 to N60b in 2003.

This confirms David EDEVBIE’s expertise and high level of resourcefulness which are critical for good performances.

Okowa said David EDEVBIE had “urbane and charming dispositions to the discharge of his responsibilities as Chief of Staff and was well prepared and experienced enough for the office.”

Again, the key words here are “charming disposition, experience and preparedness.” These are important attributes for the job.

Further, Okowa said his government “appreciates the various professional  advise David EDEVBIE has provided for the government at different times.”

The key word here is professional. Deltans need professionalism, not mediocrity, in the service of the state.

Okowa said “by dint of hard work and discipline, David EDEVBIE has continued to carve a niche for himself by maintaining a charismatic and untainted leadership style that has endeared him to many Deltans and Nigerians.”

Okowa said David EDEVBIE’s “commitment to doing things differently as it is in developed climes are some of the worthy and commendable traits that have exemplified David EDEVBIE’s services over the years.”

Again, the key words are “commitment and doing things differently,” which means innovativeness.

Deltans want a committed Governor who will “do things differently” to develop and  modernise the state like the developed parts of the world.

Added to these are David EDEVBIE’s achievements at the Presidency which includes the introduction of the Presidential Amnesty Programme, fighting for 13% oil derivation for Niger Delta states and the establishment of the Ministry of Niger Delta Affairs.

No other aspirant meets the hands on qualities, competence and capacity that Okowa has identified in Olorogun David EDEVBIE, nor his track records of achievements both in Delta and at the national level.

It all shows clearly that is the best at hand for the job.

In synopsis, I sincerely call on all Deltans, especially the Governor and leaders, elders and delegates of our great political party, the Peoples Democratic Party, to disregard unnecessary sentiments and be fair and kind to Deltans by giving us David  EDEVBIE at the PDP primaries.

Let us have the best to lead our dear state for the good and glory of the state and benefit of the people.