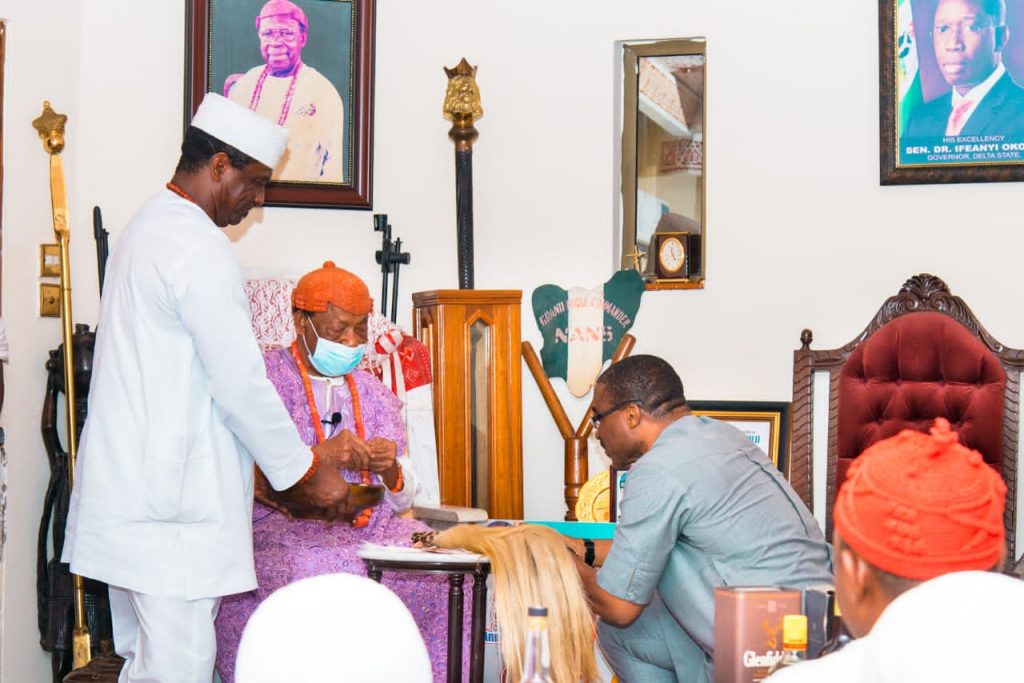 Olorogun David Edevbie received a massive boost in his bid for the Governorship of Delta State when the Anioma Congress, the supreme socio-cultural body of Delta North, hosted him in Asaba.

The event which held at the Palace of the Asagba of Asaba, Obi Professor Chike Edozien on Thursday, April 7, 2022, had in attendance over 40 traditional rulers from various communities and hundreds of top Anioma political, professional and businesses leaders.

David Edevbie and his entourage who went to consult with the leadership of the Anioma nation was overwhelmed by the expression of love by the top leaders for him.

Presiding over the event, the Asagba of Asaba said the reception was necessary for them to hear from and assess his agenda for the development of the state. 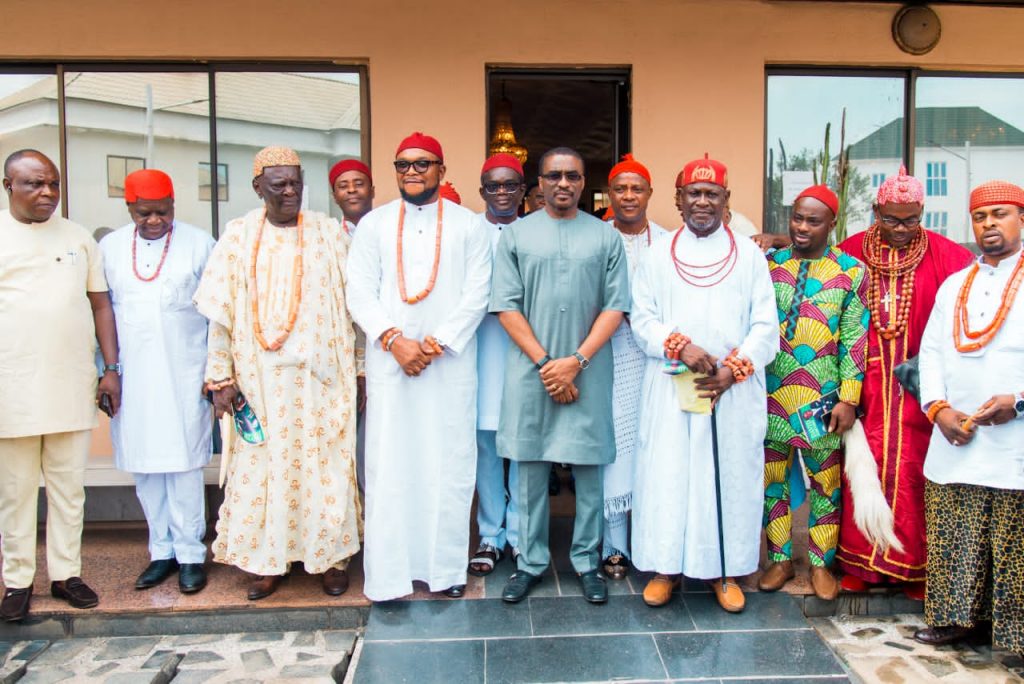 “Anioma is one people. We speak in one voice. The Anioma Congress is composed of the traditional rulers, the political, business and professional class. We are here to guide our people and when we speak, we believe we speak the mind of the people.”

After outlining his vision and agenda for the development of the state, members of the congress expressed satisfaction with his programmes and capacity to deliver, saying he would make a great Governor for Delta State.

Much like tacitly endorsing him, it was agreed that they would meet again with him immediately after the PDP primaries to work together for the progress of the state.

Obi Edozien also seized the opportunity to re-interate his belief that power should be zoned while also pointing out the need for governments to accord the traditional institutions the respect they deserve as custodians.

“Various groups in Delta came from the same source and are distributed into various zones. For us, the most harmonious way to share power is by zoning.”

The highlight of the event was the offering of prayers by the traditional rulers for Edevbie’s success in his bid and for his health and safety.

The prayer led by the Asagba himself was closed by the Ezi of Ezionum, His Royal Majesty, Ambassador Dr Roland Osanwuta (JP).

Also present at the event was former Deputy Governor of the state, Chi

2023: Delta PDP Rules out Imposition of Candidates As 9 Commissioners Resign
I Will Consolidate On Achievements Of Governor Okowa – Oborevwori