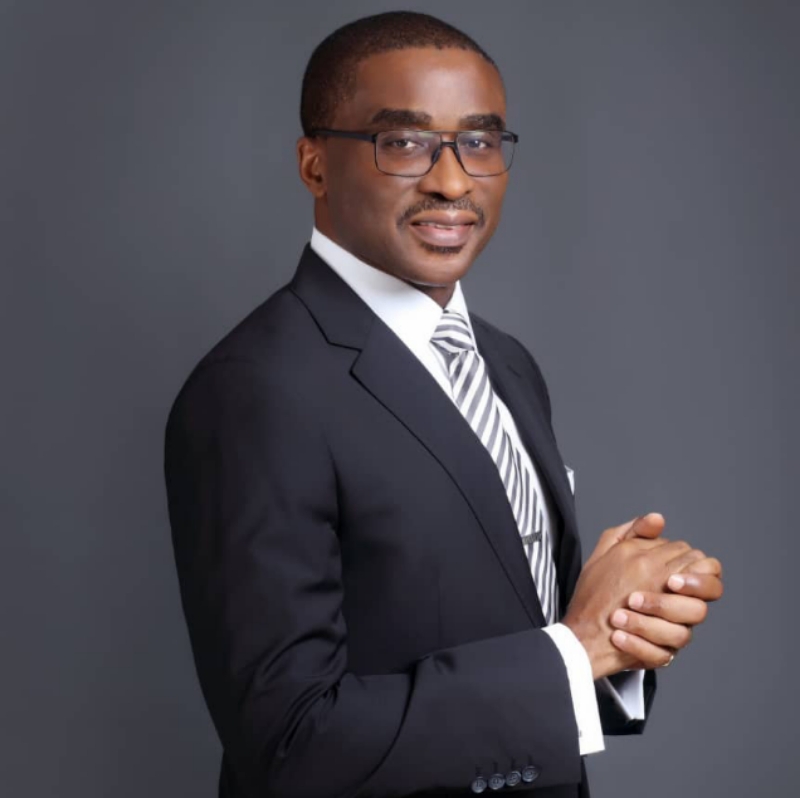 Head of Strategic Communications for Team David Edevbie in the race for Delta 2023 Governorship, Mr Fred Edoreh, has disclosed that Olorogun David Edevbie is not interested in the mudslinging type campaigns resorted to by some other aspirants.

Edoreh said recent name-calling and deliberate misinformation calculated to tarnish Edevbie’s hard-earned reputation as an outstanding achiever and frontline aspirant of the Peoples Democratic Party and the DC-23 is only an indication that the aspirants indulging in the practice are afraid of his high-quality candidature and spiralling acceptance.

“We have noted the orchestrated media attacks sponsored by some aspirants who we have identified. We are, however, unperturbed by the attacks, nor would we join pigs in the sludge. That is not the style of Olorogun David Edevbie, who is reputed for being cultured and gentlemanly.

“David Edevbie is guided by the belief that in the determination of who succeeds His Excellency, Senator Dr Ifeanyi Okowa, as Governor of Delta State, the choice that Deltans have to make is about who is most qualified, most experienced, most competent, most prepared and has the best and convincing programmes for the development and growth of our dear State. These are what matter to us, and we are glad that the people recognise the fact that Edevbie’s sterling educational and professional background and his experience and track records of performance in both the private and public sectors dwarf all others. The people also recognise that having played strategic roles in the State over the years, he understands more the challenges and potentials for development across all districts of the State and is better equipped to pilot the affairs and provide solutions.

“For those who suggest that Chief Onanefe Ibori brought him into government merely based on friendship, we wish to remind them that Governor Ibori head hunted Edevbie from the Commonwealth Development Corporation when he was an investment officer for Asia and the Pacific Region, responsible for the development of investments in countries like Malaysia, Singapore, Indonesia, Hong Kong, Philippines and other Asian Tiger countries and that he sacrificed his corporate career to serve his home state and country, which he has done excellently.

“As Commissioner of Finance under Governor Ibori, he grew the revenue and budget of the State by over 1000 per cent in just four years, from N6b in 1999 to over N60b by 2003. He led the Commissioners of Finance of the oil-producing States to pursue and actualise the payment of the 13% Derivation, which provided a special and extra revenue for the Niger Delta States. These are verifiable facts for all to see.

“These foundations laid by him account for Delta State’s growth in revenue capacity to fund various capital projects across the state and its relative financial stability and progress.

“Trying to associate him with the previous ordeals of Chief Ibori also fall flat, for the fact remains that Edevbie has not only served in Delta State but also in the Presidency, during which he has traversed our country and regularly travels in and out of Nigeria. He is not known to have been charged or convicted anywhere for any wrongdoing in his public and private service.

“It is, however, instructive that we have been told that Chief Ibori was sold to President Obasanjo by those who got angry with him over his support for Dr Emmanuel Uduaghan to succeed him in 2007. That is a matter for each person’s conscience and God.

“Suffice to state that Edevbie remains a proud member of Chief Ibori’s political family and a close friend, the same way that His Excellency, Governor Ifeanyi Okowa, former Governor Uduaghan and indeed various other eminent Deltans who have held high offices at state and federal levels, from 1999 to the present have been.

“We also wish to make it clear that President Umaru Yar’adua did not appoint Edevbie his Principal Secretary merely by the nomination of Chief Ibori. For the records, Edevbie was identified by a former colleague Tanimu Yakubu who then introduced him to the then Governor of Katsina State, Umaru Yar’adua. President Yaradua recognised Edevbie’s excellent performance as the Director of Finance and Strategy of his Presidential campaign organisation. When the need arose, he invited him into the Presidency to replace his outgoing Chief of Staff.

“We are proud to note that while our Niger Delta youths survived the invasion of Odi and Choba and intensified militancy, while our elders are rightly still in the agitation for restructuring, Edevbie utilised the privilege of working at the Presidency and employed his professional skills to contribute towards the creation of the Ministry of Niger Delta Affairs and the establishment of the Presidential Amnesty Programme which, to a large extent, have not only accorded more resources to the Niger Delta, supported skills acquisition and employability of Niger Delta youths, but have also ensured relative peace in the region.

“We also note the attempt to incite malice against Edevbie because he participated in the 2014 primaries. Suffice to state that virtually all the senatorial districts, not only Delta Central, have presented aspirants in all of the PDP primaries since 1998, and it is recalled that in 2014, Elder Godsdey Orubebe, from Delta South, contested.

“But, notwithstanding the array of aspirants, it should be noted that the leaders and elders of our Party have always successfully managed the processes of Delta PDP primaries to ensure equity in power rotation and have achieved a first full circle across the districts with little rancour or malice.

“Indeed, after the primaries in 2014, Edevbie was one of the first aspirants to join forces with Dr Okowa to ensure his victory at the general elections.

“Governor Okowa himself testified at a rally in Akwukwu-Igbo after the primaries that Edevbie immediately moved to support him in several ways and urged members of the Party to thank him, pointing out that the primary was a family exercise.

“In the spirit of harmony and common purpose, Dr Okowa, having worked with Edevbie as Commissioners under Governor Ibori and in recognition of his skills, competence and the value he brings, appointed him his Commissioner of Finance and, later, Chief of Staff. These are positions of high trust which could not have been given if there was malice.

“Therefore, those who are wishing and fanning the embers of enmity between Edevbie and Governor Okowa are merely wasting their time, more so when Governor Okowa is well known to be above such primordial sentiments.

“Edevbie served Governor Okowa, loyally and conscientiously and supported his administration to achieve many of the landmark and legacy achievements that Governor Okowa will be remembered for, and he testified to that in his assessment of Edevbie as follows:

“My dear Olorogun David Edevbie, you have over the years continued to offer GENUINE LEADERSHIP AT VARIOUS LEVELS OF GOVERNANCE, and I urge you to remain unrelenting in your service to the state and country.

“By dint of HARD WORK and DISCIPLINE, you have continued to carve a niche for yourself by maintaining a CHARISMATIC and UNTAINTED LEADERSHIP style that has endeared you to many Deltans and Nigerians.

“Your COMMITMENT to DOING THINGS DIFFERENTLY AS IT IS IN DEVELOPED CLIMES are some of the WORTHY AND COMMENDABLE TRAITS that have exemplified your service over the years.”

“As it is said, the taste of the pudding is in the eating. Okowa, the Governor of the State and the leader of the Party, knows Edevbie’s worth firsthand, and those are his judgments of him.

“We, therefore, urge Deltans not to be deceived by desperate aspirants and their mentors who merely want to substitute quality for counterfeits and rob Deltans of the promises of a great future with Edevbie.” The same desperadoes employed similar tactics in 2014, but the result of the primaries clearly indicated that the electorate was more concerned with the issues. We are confident that the same will repeat itself shortly.