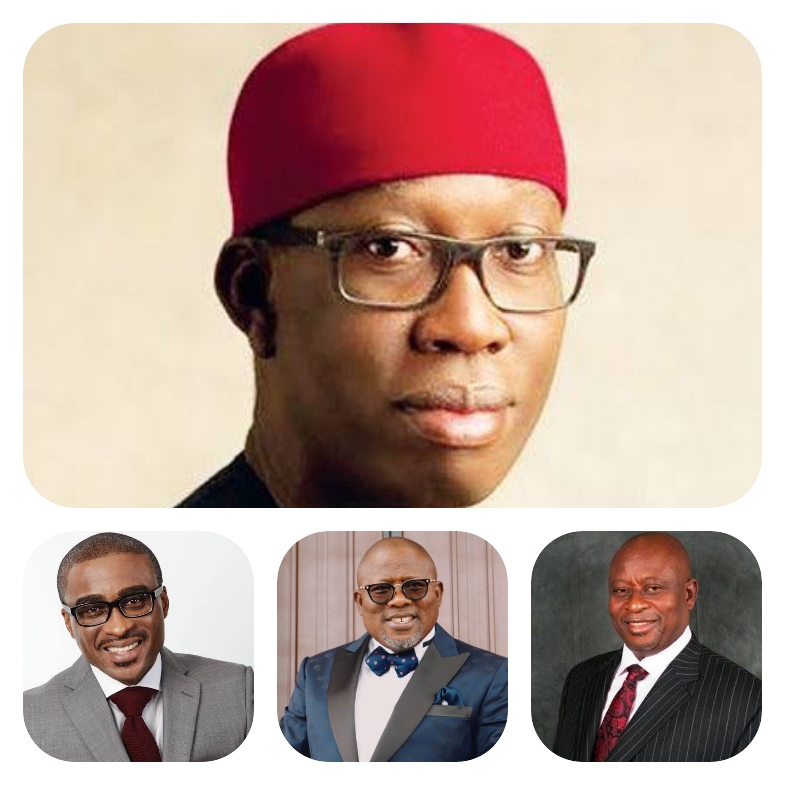 It is getting funny in Delta State. One fellow woke up one morning and declared that Governor Okowa had picked him as his successor.

Then, a reputedly unstable and garrulous Executive Assistant went frenzy with the misinformation.

Next day, another fellow elsewhere declared that Okowa had endorsed another character, not the one for which the EA danced naked.

For days, weeks, they kept overdoing themselves, talking and untalking, shamelessly.

You wonder why the desperation for endorsement? It simply shows that such aspirants are self conscious of the fact that they have nothing to offer.

They therefore resort to praise singing the Governor to curry his favour, employing his aides to manipulate him towards their direction and flying kites to deceive and possibly intimidate the people by giving the impression that the incumbent has assured them of his preparedness to abuse his powers, to undermine the party congress delegates and to compromise the democratic process in their favour.

Interestingly, all sorts of characters who thrive in chaos and the manipulation of the state to feather their nests have been jumping about the place to reinforce the misguided agenda.

Even some elders who should protect the future of the state have donated their garb of hypocritical oratory to enthrone deformity upon the people in expectation of regular state kola. Understandably, that is how they have lived while in the pretext of being community leaders.

Perhaps noticing how the arrogations and disprovals of Okowa’s endorsements tended to damage the image of the party and puncture it’s claims to internal democracy, the PDP moved to issue a rebuttal, saying the Governor has not endorsed anyone and would stick to his pledge on free and fair primaries.

Curiously, the party statement was double-faced. Tongue-in-cheek, it seemed like a rebuttal and at the same time like a confirmation of the same subject, which suggests that the party secretariat might have been compromised under some influence.

Alarmed by it all, majority of top PDP elders, chieftains, community leaders and traditional rulers across the state jerked in disbelief.

They were especially embarrassed as to how Okowa could have made such terrible misjudgment to arrive at such ridiculous choices in the face of far better and available qualities in the race.

But the Governor himself appears even more embarrassed by the false exposure and damage which the tales of his endorsements convey on him.

On one hand, it diminishes his integrity after he had promised a level playing ground for free and fair primaries. On the other hand, the choices present him as mortgaging the interest of quality governance of the state to either please a few of his inordinate aides or to satisfy a malignant personal malice or to install a stooge to ensure his continued unfettered assess to state funds when out of office.

Some even reasoned that Okowa is on an ego trip just to reduce and spite some party leaders and particular sections of the state for mere bravado.

Except if something has gone wrong in some realms, these do do not describe his person.

To control the damage, the State Commissioner for Information, Charles Aniagwu, has had to call the press to restate Governor Okowa’s neutrality and belief in team work through consultations with party elders and leaders, and also safeguarding the power of the delegates, all matured adults and actual representatives of all the wards of the state, to choose on behalf of Deltans who would best deliver economic, infrastructural and social development of the state.

The disclaimer gives some hope for the future of Delta State. It gives assurance that the Governor and elders are fully conscious of the fact that after all the politics, the real challenge of governance is the capacity to create and manage resources for the development of the state and socio-economic upliftment of the people.

This being not a matter of joke, the task is not for the ordinary simply for their self-preserving loyalty to one or the other leader or high sense of sycophancy. It is not a matter for “Sgt Fallstaff” and the street gang.

In a rapidly evolving, increasingly challenging global economy driven by knowledge, information, technology and networking, today and tomorrow’s leadership requires sober, organised and well articulated persons with hybrid competencies and global reach. Deltans cannot be in doubt nor should they make any mistake about this.

For about seven years now, Nigerians have suffered and continue to suffer the consequences of a certain indiscretion in choosing a leader lacking in knowledge, information, economic management skills and global outlook. The agony of the people increases by the day. The collateral exposure and damage this has left for coming years, even decades, is even worse.

As Winston Churchill once noted, “want of foresight, unwillingness to act when action would be simple and effective, lack of clear thinking, confusion of counsel until the emergency comes, until self-preservation strikes its jarring gong – these are the features which constitute the endless repetition of history.”

This is the determination before Okowa and the leaders of Delta PDP.

It is about the future of Delta, its economic development, sustainable growth, stability and social progress.

The question is: “To be or not to be?” and the answer, like the mystic trumpet, is blowing in the wind.

It is left for Okowa, the elders, leaders and delegates to the PDP congress, to eschew sentiments, heed wise counsel and tow the path of good reason and conscience, or choose out of some dark sentiments to conduce the state into ignominy with bomboys.

In the meantime, let’s enjoy the comedy, or tragedy?