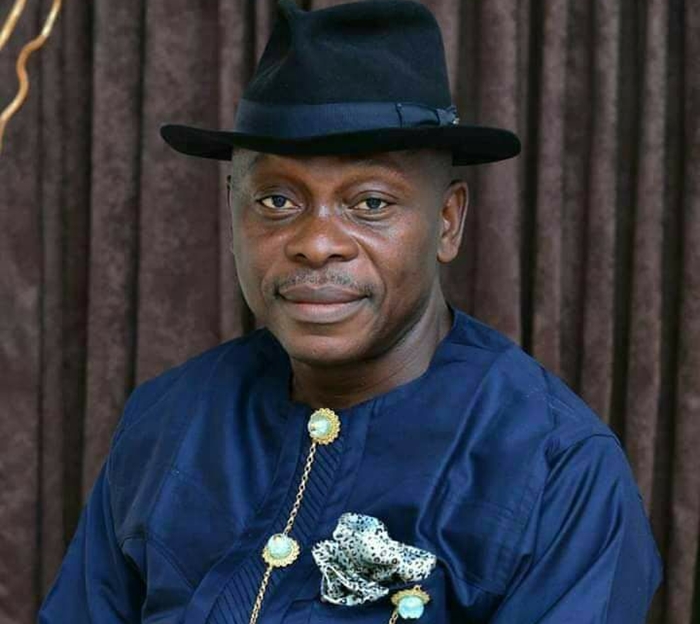 Ahead of the 2019 general elections, leaders and members of the Peoples Democratic Party, PDP in Ogbe-Ijoh Ward, Warri South West Local Government Area, have been asked to be united as they work for the victory of the party in all the elections.

The Director General, Special Programs to the State Governor and Chairman, Directorate of Youths, Delta State PDP Campaign Council, Chief Frank Omare made the call at Ogbe Ijoh while addressing a gathering of PDP faithfuls in the area.

Chief Omare flanked by some Chieftains of the party in the ward, called on the party faithfuls to strive towards consolidating the existing peace among all stakeholders in the area.

He charged the people to shun all acts capable of breeding disunity among members of the party and admonished those bent on destroying the existing peace and unity among party members to desist from it.

Chief Omare urged the people of Ogbe-Ijoh community to ensure they register and collect their Permanent Voters Cards, PVC, as that was the key to voting for PDP candidates in the 2019 general elections.

He highlighted Governor Okowa’s achievements across the state, noting that Ogbe-Ijoh was not left out in the scheme of things as the community have felt the presence of the state government in all sphere.

Stressing that the people of Ogbe-Ijoh are proud of Okowa for bringing the dividend of democracy to the area, Chief Omare urged his people to effectively and massively mobilize for the the Governor’s reelection.

The Director General Special Program, further appealed to eligible voters who are yet to register or collect their permanent voters cards,  to do so to enable them vote for Governor Ifeanyi Okowa and all PDP candidates in the 2019 general elections.

The Director in charge of Delta South in the Waste Management Board and leader of the party in Ogbe-Ijoh, Hon Sylvester Oromoni enjoined the people to work hard and ensure that PDP comes victorious in the 2019 general elections.

The Chairman, Perebiri Quarter, Ogbe-Ijoh, Mr Victor Germany hailed the effort of Governor Okowa at spreading the dividends of democracy in the state.

Mr Germany who spoke on behalf of himself and others promised to mobilize support and work with party leaders in the community on door to door campaign to ensure they vote PDP all the way.

The party leaders led by Chief Frank Omare also visited Monbene the lll, Amakosun Pere of Ogbe-ijoh warri kingdom for his royal blessings for PDP and victory of the party in the 2019 general elections.