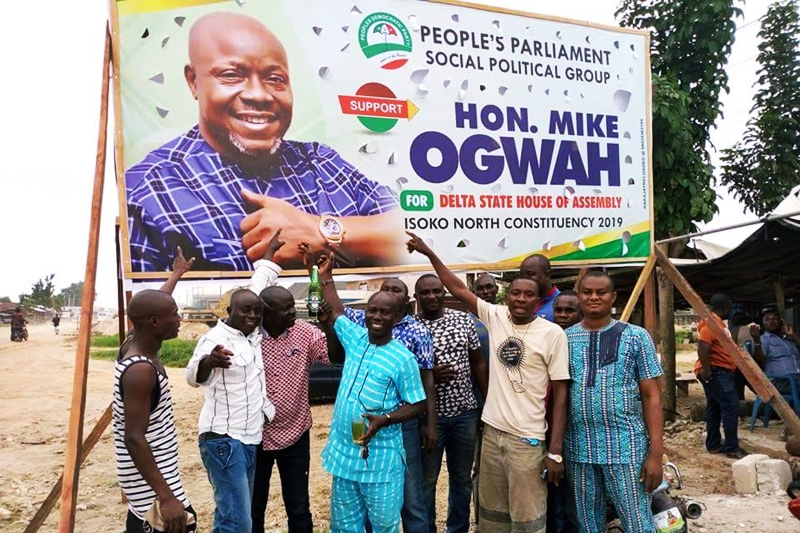 The group made their intention known yesterday by unveiling a standard bill board carrying the photography of Dr. Uduaghan and Hon. Ogwah in front of their National Secretariat along Ozoro-Kwale road, Ozoro in Isoko North Local Government Area of Delta State.

Speaking shortly after the unveiling the billboard, the chairman of the group Mr. Mike Ebire, said, “its no news that they have decided to work and support the two individuals based on their performance while in office and their relationship with those at the grassroots”.

He said that what is important to them is track records, which is speaking volume of their choice candidates, as they both know the pains and want of the common man and as well operate open door policy despite the present economic situation of the country.

Members of the group who also spoke in favour of the aspirants including Mr. Christopher Ofano, Mr. Elerara Kennedy, Mr. Moses Omoveva, Mr. Mari Akponohe, among others called on them to intensify their campaign consultation as they are fully supported.

They called on eligible electorates to support these candidates adding that they are better positioned to deliver on their mandates.