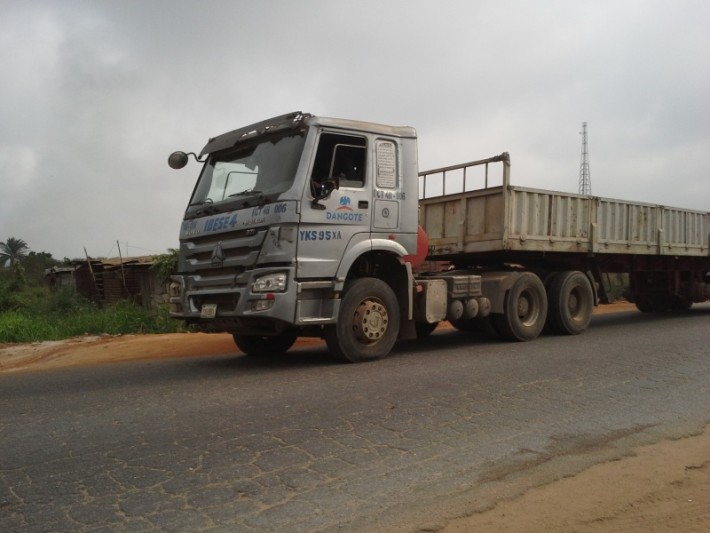 Dangote Group of Companies has established a $100 million truck assembly plant in Lagos as part of its efforts to boost foreign exchange and job creation.

The group said in a statement on Sunday in Lagos that the plant was floated by the group in partnership with National Heavy Duty Truck Group Company Limited, (SINOTRUK), a Chinese firm.

It quoted Mr. Anthony Chiejina, the Chief Corporate Communication Officer, Dangote Group, as saying that the plant, located in Ikeja, has the capacity to produce 10,000 trucks annually.

He stated the before now, Dangote had been spending heavily on importing trucks to distribute its products both locally and across African countries.

Chiejina said the conglomerate owned 60 per cent stake in the assembly plant while SINOTRUK holds 40 per cent, in a partnership that was formed in 2014.

According to him, the plant is expected to create 3,000 direct employments when fully operational.

Nigeria is a major market for SINOTRUK products, with Dangote Group, operating the largest fleet in Africa, having over 10,000 trucks for the distribution of its products across the continent.

Chiejina said the new company would save Nigeria huge foreign exchange being spent on importation of heavy duty vehicles.

According to him, there will be room for project expansion in future as it meets the national truck demand and will explore exportation to neighbouring countries to generate foreign exchange for the nation.

“Alhaji Aliko still believes that Nigeria is one of the best places in the world to do business,’’ he said.

The News Agency of Nigeria (NAN) reports that the assembly plant is coming ahead of a $17 billion Dangote Refinery, petrochemical and fertiliser plants also located in Lagos that would have the capacity to produce 650,000 barrels per day when it commences operation.

The refinery is expected to begin operations in 2019.

The refinery, which is expected to create over 300,000 direct and indirect jobs, would require several haulage trucks for product distribution.

It (SINOTRUK) revenue from overseas sales amounted to 9 billion yuan ($1.45 billion), accounting for about 13 per cent of the total sales.

NAN also reports that SINOTRUK is a Chinese state-owned truck manufacturer, established in 1956, with its headquarters in Jinan, Shandong Province.

The company developed strategic technical partnerships with major international brands such as Steyr in Austria and Mann in Germany, all of which had helped it penetrate key global markets.