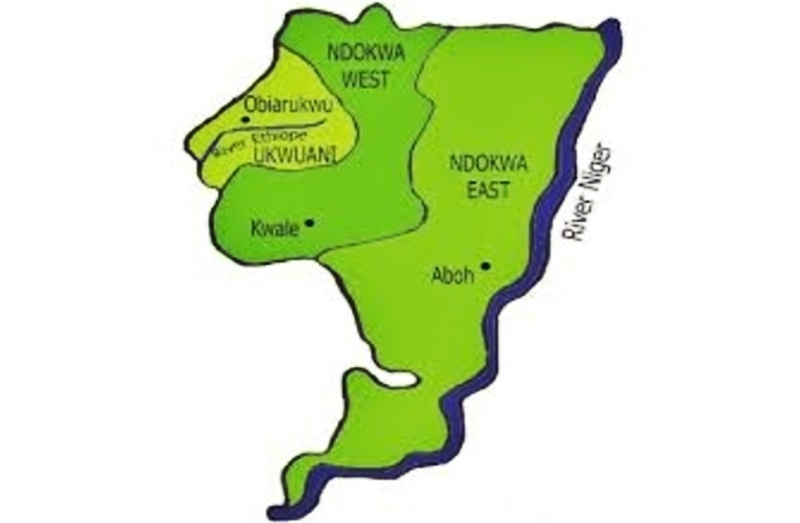 On Friday, 9th November, 2018, the first ever Ndokwa Economic Summit was held at the Benvo Event Centre, Kwale with the National President of Ndokwa Neku Union, High Chief Johnson Opone FCA as Chief Host. The Special Guest of Honour, was His Excellency, the Governor of Delta State, Senator Dr. Ifeanyi Okowa, who was represented by the Commissioner for Higher Education, Engr. Jude Sinebe. The Chairman of the occasion was Engr. G.O.C. Amuchi, FNSE. It was organized by Ndokwa Study Group, a non – political organization with the theme “Roadmap to Ndokwa Development” and with the main focus of presenting a common platform for Ndokwa people to brainstorm and chat a new course for Ndokwa development.

The keynote Address for the event which was well attended by Ndokwa personalities, was delivered by a renowned Microbiologist and Public Affairs Analyst, Professor Benard Ejechi of Delta State University. The Summit was climaxed by a business session/presentations and discussions on reports by the Summit sub-committees on Employment and Job Creation, Good Governance, Project Monitoring, Education, Agriculture and Information Dissemination. Engr. Tony Ezeukwu presided over the business session.

At the end of exhaustive deliberations, the Summit resolved that:

(i) To ensure the employment of qualified Ndokwa indigenes to fill Ndokwa quota in the State and Federal Civil Services.

(ii) To prevail on oil companies operating in Ndokwaland to reserve at least 50% of their vacant positions for Ndokwa indigenes.

(iii)   Call on Government to intervene by way of establishing skills acquisition centres in Ndokwaland to train the youths to be self-reliant.

(iv) Establish/attract cottage industries to Ndokwaland to provide meaningful engagement for some of the unemployed youths.

(v) work towards the establishment of Modular Refineries in Ndokwaland to reduce the level of unemployed in the area.

(i) Going forward Ndokwa should engage aspirants to elective positions and demand to see their manifestoes/programmes for Ndokwa development as a basis for voting them into offices.

(ii)   Persons of Ndokwa Extraction who are holders of both elective and appointive positions should regularly give account of their stewardship to Ndokwa people in formal town hall meetings under the auspices of Ndokwa Neku Union (NNU).

(iii) The NNU Leadership should as a matter of urgency put machinery in place to secure the commitment of oil companies operating in Ndokwaland to set aside some percentage of their annual profits for the funding of development projects in the area.

(iv) In other to ensure grassroots mobilization of our people for socio – political and economic development of Ndokwaland, NNU should establish branches in every Community and ensure that other Ndokwa Clubs and Associations are registered as affiliate bodies of the Union. The Summit also advocated that Ndokwa people should rally round NNU.

(v.) Projects to be cited in any community must have the blessing of the people to ensure that they meet the peoples’ needs.

(vi) The State, Federal Governments and its interventionist agencies such as NDDC, DESOPADEC and oil companies should find a lasting solution to the challenge of flooding through dredging of the River Niger and construction of shoreline protection walls from Oko in Oshimili South Local Government Area to Asaba-Ase through Utchi, Okpai, Aboh, Umuoru, Adiai, Utuoku, Onyah, etc.

(vii) The Federal Government should expedite action on the reconstruction of the Ogwashi-Uku-kwale Road and the Sapele-Eku-Obiaruku-Umutu-Agbor Road.

(viii)   Delta State Government should make good the promise to construct bridge across Ase Creek at Kwale. Another bridge at Ibrede will be highly appreciated.

(ix) The proposed railway networks from Lagos to Benin, Benin to Warri-Ughelli – Patani – Yenogoa to Port Harcourt or Lagos to Benin – Agbor to Onitsha should pass through Ndokwaland.

(i) A Federal University of Technology/Polytechnic

(iii) Employ and equip Agricultural Extension Workers, who will periodically visit the farmers in the farm settlements to monitor activities in the farms

(iv) Provide the farmers with high yielding seedlings and make modern farm implements such as tractors, planters, harvesters etc, available to the farmers.

Similarly, Publishers of our local newspapers should be encouraged by way of patronage.