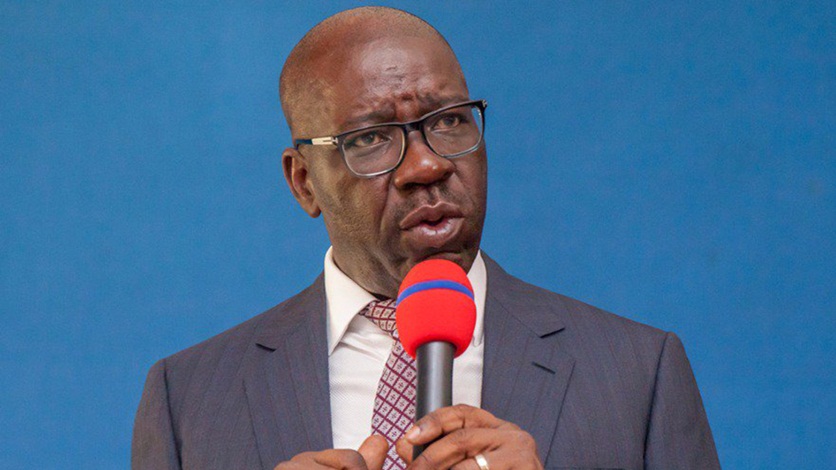 Edo State Governor, Mr. Godwin Obaseki, has described the proposed plan by the Central Bank of Nigeria (CBN) to redesign naira notes as political, noting that the move was a ploy by the All Progressives Congress-led government to sway voters ahead of the 2023 general elections.

Lambasting the federal government for the move, Obaseki said the redesign of the nation’s currency shouldn’t be a priority as the majority of citizens are suffering from hunger, poverty and economic hardship.

He said, “They say we should all bring our naira and give it to them because they want to change it for us. Is that our priority now? Does changing of currency reduce the price of food in the market? They say they want to change our currency and dollars are going higher every day. We can’t even see dollars again.

“I am an economist and I can tell you categorically that this policy by the CBN and Federal Government has no basis in Nigeria’s economy. There is no reason to do this; the move is purely political as there is no urgency in changing our currency.

Obaseki continued: “We can’t allow those managing our country (APC) to continue because if we allow the APC government to continue, the country will fail as the country is already failing. God sees how people are suffering in this country and will not allow them to manage Nigeria again.

“The 2023 general election is for the continuous existence of Nigeria. If the country must not fail, then we need to vote out APC as a party. Our party, the PDP is organic and our candidate, Alhaji Atiku Abubakar, is the best amongst all. The party has the structure to win the election next year.”

“APC has stolen our money and wants to use it to impose themselves on Nigerians come 2023 general election. They have stocked up a lot and want to bring the money. Don’t be afraid, collect the money and vote them out like you did in Edo in the 2020 governorship election,” he charged.

The Chairperson of the women campaign council, Mrs. Betsy Obaseki, said, “APC is still imposing more suffering on the people of the nation. The existence of the nation is threatened and Nigerians should not sit down and watch but come out enmasse to vote out APC.”