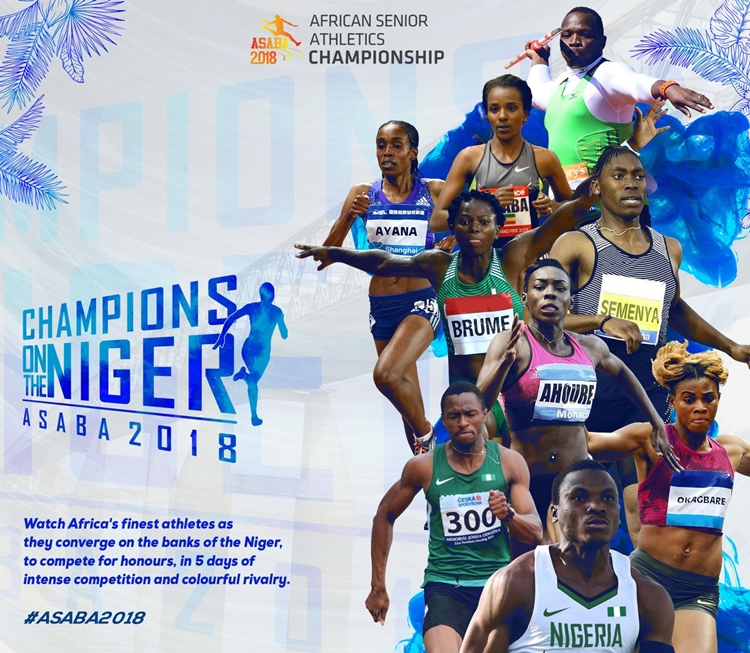 The Delta State government and the Local Organizing Committee’s intention to drive the CAA Asaba 2018 African Senior Athletics Champions as a private sector championship will get more flesh on Thursday, July 12, 2018 as a fund-raising dinner will be held at the Grand Hotel Asaba.

Mr. Jim Ovia former Chairman and Managing Director of Zenith Bank PLC will be the chairman at the fund-raising event and would be supported by captains of industries, bankers, diplomats and other VVIPS.

According to a statement issued by Olukayode Thomas, Head of Media and Publicity, the fund-raising event will start at 7pm.

Bukola Olopade the Project Consultant for CAA Asaba 2018 commended all the sponsors that have already signed on for the African Championships while urging others to follow suit because of the positive impacts of sports on the society and general development.

Meanwhile, Gov. Ifeanyi Okowa also visited the Stephen Keshi Stadium on Wednesday to see the finishing touches being put in place at the edifice.

The Governor stated that he was very impressed with what he saw as there have been serious improvements compared to the last time when he came for his routine inspection exercise.

Gov. Okowa who was accompanied by all his cabinet for Wednesday’s visit said he was very sure that in six days’ time that work would have been completed fully by the 17th and ready for use for the test championships fixed for July 18.

While applauding all the workers and the LOC members for a job well done, the Governor cleared the air that his frequent inspection of the stadium was not because he does not trust the capabilities of those in charge but that it is a demonstration of how he is personally committed to the project.

In his remark, the LOC Chairman Solomon Ogba thanked the governor for his unflinching support and dedication that has helped made the Stephen Keshi stadium a reality and the African Senior Athletics Championship one which the continent is eagerly waiting for.

The Executive Chairman of the Delta State Sports Commission, Tony Okowa, AFN President Ibrahim Gusau among others were all on hand to receive the governor.