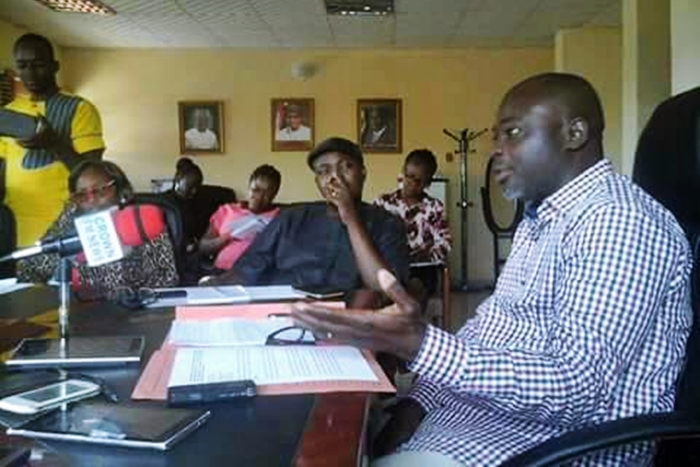 The Delta State Commissioner for Local Government and Chieftaincy Affairs, Sir Bright Edejeghro, has revealed that the biometric exercise ‘clock in clock out’ embarked upon by the Delta State government to check the syndrome of absenteeism in the civil service, has helped to point out the true salaries strength of staff, and ensuring that ghost workers are fish out in the system.

The commissioner who made this disclosure during a media parley with members of the Indigenous Correspondents Chapel (ICC), Nigeria Union of Journalists (NUJ) the Delta State Chapter, in his office at Asaba revealed that the staff strength in the local Governments of Delta State is over bloated.

In his words; “The clock in and clock out will help to ensure that staff are paid according to the number of their days at work and time spent at work.”

While reiterating Governor Okowa’s commitment to the payment of salaries to Civil servants as at when due, Sir Edejeghro stressed that it is not the duty of the state government to pay local government staff salaries as the constitution is very clear on that, pointing out that the situation on ground at the local government is that, there is a lot of absenteeism at the councils, adding that the councils have a huge burden of managing over bloated staff strength.

“Ninety percent of the local government staff are senior staff. Then you ask what are they doing? Also, the Delta State salary structure is still the highest in the country. In Delta State a staff earns as much N50,000 to N60,000 whereas in some states their salaries are still under N30,000,” Edejero said,

“There is a lot of absenteeism in the local governments, meanwhile the staff strength is bloated,” the commissioner said.

Speaking further, Edejero said one of the innovations introduced by the Okowa administration with him as the local government commissioner is the introduction of the biometric system of clocking in and clocking out by the staff.
“The system will help to remove salary rackets like the topping of salaries made by fraudulent cartels that operate in the local governments,” he said.

“For instance, the more cashless system we operate the better for the councils because cash collection has disadvantages. There is no guarantee that those entrusted with the responsibility won’t collect into their pockets,” Edejeghro averred.