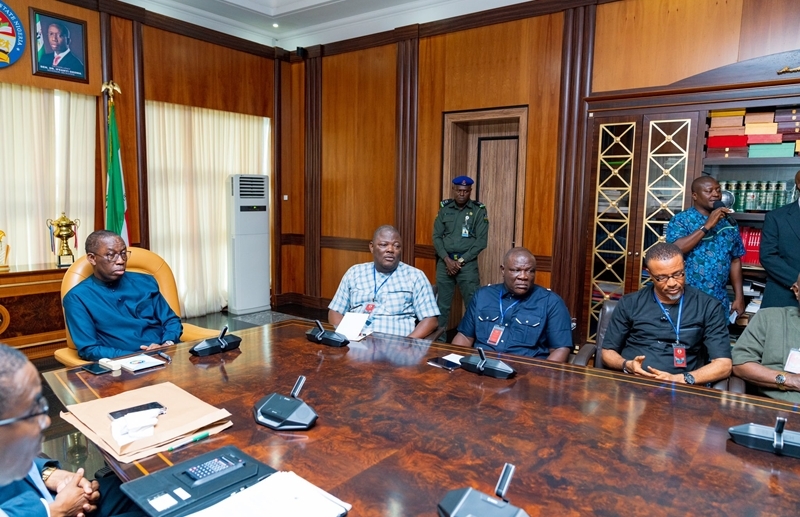 Delta State Governor, Dr Ifeanyi Okowa of Delta on Tuesday, September 10, 2019 announced that 2015 suspended civil service employment in the state would be revisited within the next one month.

He made the disclosure in Asaba when the new Executive Council of Nigeria Labour Congress (NLC) in the state visited him.

The governor said that he had directed the Head of Service and the Civil Service Commission to look into the case of the suspended employment and identify the Deltans among the persons.

According to him, Head of Service and the Civil Service Commission will do a need assessment for the state and within the next one month, those qualified would be recalled.

He said that his administration would employ more workers to fill vacant positions in the service, and recalled that the government recently employed no fewer than 1, 000 teachers.

“We need more than the 1, 000 teachers that we have engaged and when we look at their entitlements, we will engage more.

“We are also engaging 100 Extension Officers to give a boost to our drive in the agriculture sector which will ensure food sufficiency, and generate employment for our people.

“From the employment of the teachers, you will observe that quality persons were engaged to teach our children.

“The very best were taken because, in our employment drive, we are not only looking at the qualified persons but, those who have the knowledge to teach our children in the critical areas,” Okowa said.

He congratulated the new NLC executive in the state, assuring that his administration would continue to partner organized labour to ensure a progressive state.

“There is a lot to be done in our state and we want to reassure you that we will continue to stay committed to providing infrastructure.

“Workers should continue to do those things they have been doing for us to have a peaceful state and the enabling environment for investment to thrive.

“Most times when you hear labour leaders speak, it is not on a friendly note, but in our state the organized labour unions are very very cooperative, they offer genuine advice on how to stabilize the government.

“I have always said that for us to succeed, the political class must work with the civil service; that is why we ensure prompt payment of their salaries and their promotion as and at when due.

“We thank God and earnestly look forward to the inauguration of the Central Secretariat Complex in the early months of 2020, because it will help us with coordination and shared services.”

He said that his government was committed to the payment of the national minimum wage, adding that as “it concerns the contributory pension scheme, many states are shying away from it.

“But, it is a very good scheme that came with a lot of challenges; as a state we spend about N1.3 billion monthly on pensions whereas, there are states that have less than N1.3 billion as their total wage bill monthly.’’

Earlier, Chairman of NLC in the state, Comrade Goodluck Ofobruku, had said that the visit was to thank the governor for his support to organized labour and workers in the state.

“Our dear Governor, you have made workers to become landlords in Delta State; you have provided conducive work environment and you have approved the training and retraining of staff.

“Your commitment to the payment of minimum wage once the circular is released; your employment of 1, 000 teachers, payment of salaries and promotion of civil servants as and at when due, among others, deserve commendation,” he said.