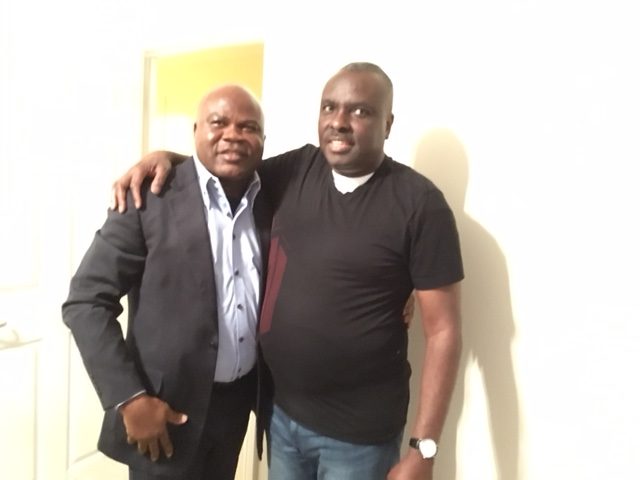 Friendship is one very special relationship where two or more individuals sharing a common interest stick to themselves and stand up for each other despite trials and tribulations.

Friendship and relationship are the magnet that attracts, binds and keeps in harmony, two or more souls. True friendship is neither a Tea Party nor a matter of convenience- it is a matter of sacrifice. It has never been borne out of expediency or political convenience or correctness. Like the common saying goes, a friend in need is a friend indeed.

The relationship between His Excellency, former Governor James Onanefe Ibori and His Excellency Senator Dr. Arthur Ifeanyi Okowa, Governor of Delta State and the numberless political followers best illustrates the above saying.

Even before the commencement of the present democratic dispensation, Ivwurie has been a follower, friend and close confidant of Ibori, mostly behind the scene and away from the limelight, Ivwurie is infinitely convinced that Ibori did not go true prosecution but political persecution. Hon. Ivwurie believe that Ibori is the leader of leaders and one of the greatest and most effective leader of our time who worked tirelessly and achieved landmark accomplishments for Delta State between 1999-2007.

Hon. Ivwurie believe that exercising leadership can be dangerous to the leader himself especially when leadership is on the line just as it were difficult and dangerous for many leaders across the globe who were hunted to death or hounded into prisoner as the case of Ibori who the reactionists felt threatened with his rising and intimidating national political stature sought to silence him.

But such is the fact of life and like James Onanefe Ibori would say, “I am the father of all”.

It is the believe and the expectation of all lovers of democracy that the Oghara Chief would soon be home to give a political direction to Delta State and the entire Niger Delta region.