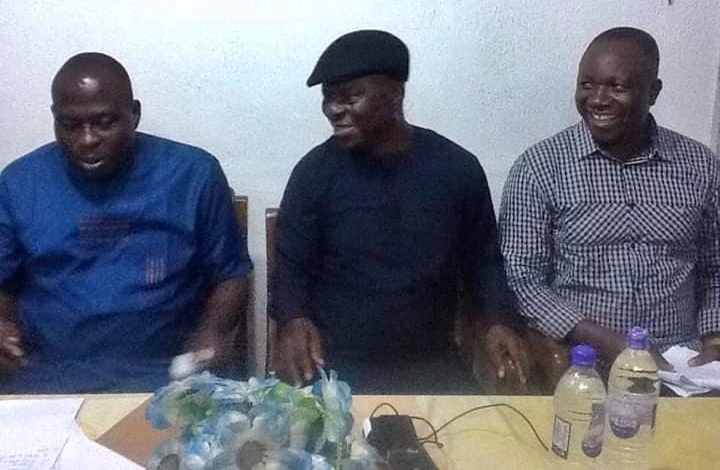 Christ very vicar, the ‘Pope’ is considered by Roman Catholics to be the apostolic successor of Saint Peter and earthly head of the Roman Catholic Church. His election was ab initio devoid of the elaborate rigors it is accorded these days.

Since the Apostolic Age, the Bishop of Rome, like other bishops, was chosen by the consensus of the clergy and laity of the diocese. The body of electors was more precisely defined when, in 1059, the College of Cardinals was designated the sole body of electors. Since then, other details of the process have developed.

In 1970, Pope Paul VI limited the electors to cardinals under 80 years of age in Ingravescentem aetatem. A two-thirds supermajority vote is required to elect the new pope. It is always a world spectacle.

Like the conclave which births a pope, an elective session of the Isoko Advancement Network (IAN), the foremost socio-political group of Isoko extraction is everything thing to talk about. Reason is not far-fetched from the lofty height the group is held in the ranks of Isoko politicking.

In fact, one cannot discuss Isoko Politics without a mention of Isoko Advancement Network (IAN) just as a discussion of Nigeria without making mention of ‘Jamar Mutani Arewa’ cannot be complete, in appropriating a leaf from prolific columnist Eze Martins-hassan Esomchi, one would say that any attempt to do so is like talking about Chinua Achebe’s ‘things fall apart’ and forgetting Okonkwo the tragic hero.

The Isoko Advancement Network (IAN) is a brain child of Chief (Comrade) Ovuozourie Samuel Macaulay, the Okiroro of Isoko Land, Patron, IAN. It was formed in 2006 when he enthused about the need to form a political pressure group to articulate the needs and desires of Isoko people. It was the desire of Macaulay that, just like other ethnic nationalities in Delta state, Isoko should have a common voice in local and national issues. The first meeting of the technical committee of the group was held at International Hotel, Oleh.

In specific terms, the aims and objectives of IAN as enunciated include, acting as a think-tank to Isoko politicians in government, providing moral and logistic support before, during and after elections, playing the role of a pressure group to articulate the needs of the Isokos in particular and Deltans in general, assisting members in their quest for political and economic power and standing as a bulwark for our political leaders.

The group has since been under the distinguished leadership of Hon. Mike Ogwah aka ‘Worldwide’, described by fiery activist, Barrister Duncan Afahokor of ‘Umeh Need Road’ Fame, as one who led a template for political leadership in Isoko for all other groups to copy. But as Madiba would say it is only wise that one should bow out to reflect on how far one has come after climbing many a hill.

Today, the most revered IAN has a new leadership for a two-year tenure after an election at Oleh, Isoko South Local Government on Saturday, June 29, 2019. It is led by taxation expert and chartered accountant, Chief Paul John Odhomor, referred to in many circles as ‘the black Pope of the world’.

Little wonder the election that saw him emerging as the most coveted Chairman of the IAN was a conclave. For like cardinals the members in a file, sauntered into the meeting, with solemn gaits depicting the sight of practicing Catholics after partaking in a holy communion.

Emerging from the conclave after a dispatch of the symbolic ‘white smoke’ (rather, random plates of pepper soups or Ukodo as known in local parlance and sweaty bottles of drinks in all assortments) which traditionally announces the emergence of a new Pope, the new chairman promised a new chapter of activism, purpose and accountability, stressing that the new executive would ensure that IAN remains relevant as a foremost socio political group in Delta and State and Nigeria in general.

Reacting to the development, former Secretary to Delta State Government, Comrade Ovouzourie Macaulay congratulated the newly elected executive of the Isoko Advancement Network (IAN) with a call on them to continue to pursue causes relevant to the development of Isokos in Delta and Nigeria in general.

Macaulay, who is the Patron of the group, urged the new executive to be unrelenting in rallying Isoko people for the common good as well as speaking for the voiceless, including seeking justice for the oppressed.

“Do not forget the very reason for setting up the IAN. It is not for the celebration of birthdays and other parties. This group was formed to rally our people for the common good. You are to be the voice of the voiceless, strive for a more equitable society and ensure justice for the oppressed” he advised.

In particular, the former SSG urged IAN members not to relent in their support and pursuit of justice for the late Miss Elozino Ogege, a 300 Level student of Delta State University, Abraka, who was brutally murdered for alleged ritual purposes and for which five persons are on trial for complicity in the crime.

Macaulay, acknowledged that IAN has provided strategic support for the deceased family, including resetting them to a relatively safer location and legal services, but advised them not to give up until justice is achieved.

“I know we all have contributed a lot towards this cause. We have spent a lot to relocate the family to a safer place. So much was spent on getting the autopsy. We are also providing legal support. But I urge everyone not to be discouraged. We should sustain the tempo until achieved. The essence is to send a clear message that you cannot kill an Isoko son or daughter and get away with it’, he declared.

ALSO READ:  THE ARENA: Magnus Onyibe and His Infantile Rambling

Professor Aghalino who is the immediate past Chairman, Governing Council of the College of Education, Warri asserted that, the emergence of Chief Odhomor the Okobaro of Ellu Kingdom clearly underscored his uncommon intellect, vision, vigour, and utter commitment to both IAN’s goals and Isoko agenda.

He described Odhomor as a dynamic man with rich reservoir of knowledge, experience and proven track record in politics and public service who has remained a resilient torchbearer of harmony even as he stated that Chief Odhomor is mentally acute, ideologically consistent and morally incorruptible to reorganize and strengthen IAN for social and political responsibility and relevance.

He expressed hope and optimism Odhomor’s vibrancy, astuteness, resourcefulness, sagacity, courage and, visionary leadership would be brought to bear in piloting the affairs of Isoko Advancement Network and the actualization of its aim and objectives, and the advancement of the Isoko cause.

Aghalino also commended him the group’s patron and former Secretary to the Delta State Government for his selfless, charismatic, and progressive leadership qualities and abiding support adding that Macaulay’s avowed commitment and open-mindedness have made it possible for the people of Isoko to see and rally round him as a leader.

In nutshell, it is said that to whom much is given, much is expected. The Odhomor led executive is not an exception. As the eulogies and felicitations may not cease to flow, so also will the expectations be. Nevertheless, the Pope now at the helm of affairs is a known gun surrounded by defined marksmen, hence the tendency of missing a shot will be almost impossible. Let us and watch and pray!