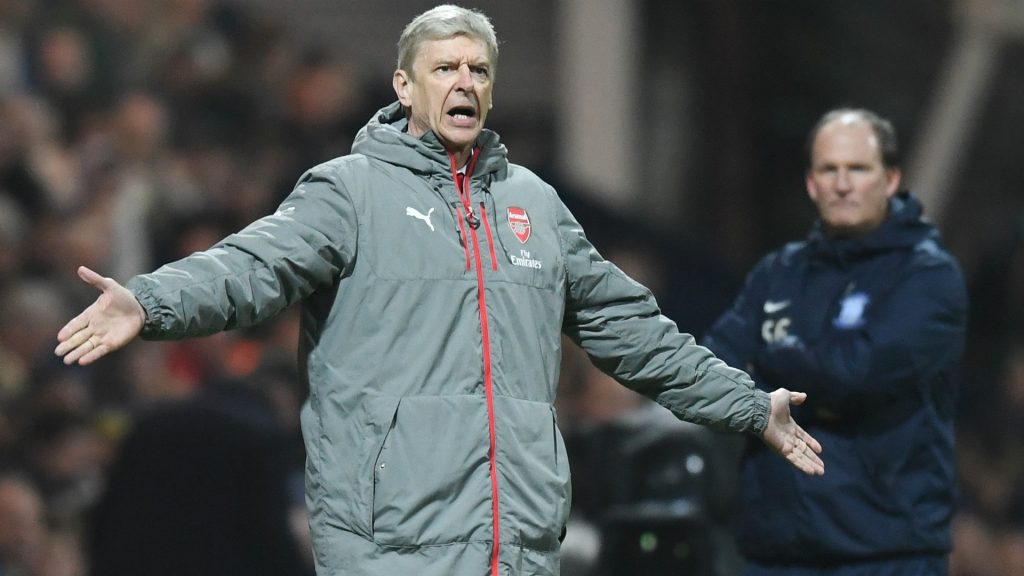 Arsene Wenger has been handed a four-match touchline ban and fined £25,000 for pushing fourth official Anthony Taylor during Arsenal’s win over Burnley.

BBC reports that, Wenger,  was charged with verbally abusing and pushing fourth official Anthony Taylor after being sent off.

His ban starts immediately so he misses Saturday’s FA Cup game at Southampton.

If that tie needs a replay, Wenger will return for the Premier League game against Hull on 11 February.

However, if the match is settled on Saturday, the Hull game will be the fourth and final one for which the Frenchman is banned, following Premier League games against Watford and Chelsea.

Wenger reacted angrily to Burnley being awarded a 93rd-minute penalty at Emirates Stadium on Sunday, one they scored to level at 1-1.

After being sent to the stands by referee Jon Moss, Wenger moved away from the pitch but stood at the tunnel entrance and refused to move as he tried to watch the remaining few minutes of Sunday’s match.

As Taylor encouraged him to move away, Wenger was seen to push back against him.

Arsenal were then given a penalty of their own, which was converted by Alexis Sanchez.

Immediately after the match, Wenger apologised, saying: “I should have shut up – I apologise for not having done that.

“It was nothing malicious. I should have kept my control, even if it was in a hectic time.”