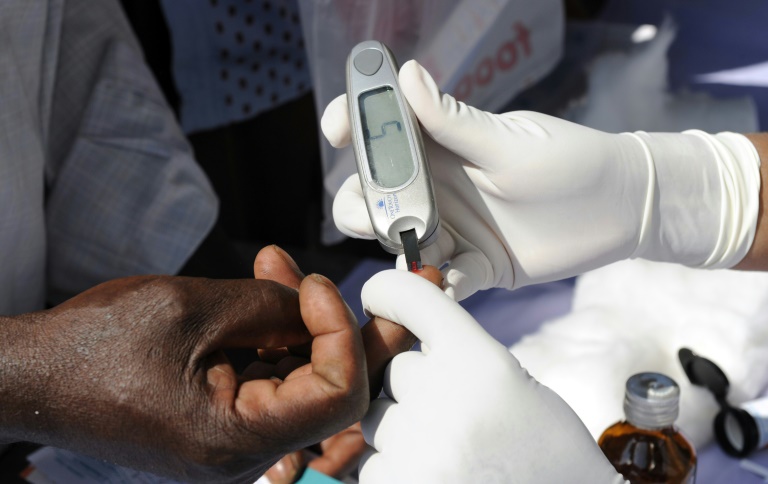 An anti-diabetic drug that lowers blood sugar levels for type 2 diabetes sufferers also significantly cuts the risk of cardiovascular and kidney disease, according to a study published Monday.

The findings, published in the New England Journal of Medicine, came in a clinical trial of more than 10,000 patients in 30 countries, using canagliflozin.

It found the drug reduced the overall risk of cardiovascular disease by 14 percent and reduced the risk of heart failure hospitalization by 33 percent. It was also shown to have a significant impact — 40 percent less — on the progression of a serious kidney decline.

The George Institute for Global Health study has major implications for the treatment of type 2 diabetes, which affects around 450 million people worldwide, the authors said.

“Coronary heart disease is the biggest killer by far for people with type 2 diabetes. Our findings suggest not only does canagliflozin significantly reduce the risk of heart disease, it also has many other benefits too,” said the group’s Bruce Neal.

“We found it also reduced blood pressure and led to weight loss.

“Type 2 diabetes is growing rapidly all over the world and we need drugs that not only deal with glucose levels, but also protect many millions of people from the very real risks of stroke and heart attack.”

The study was presented at the American Diabetes Association Conference in San Diego.

The findings were cited as particularly relevant to Australia where around 65 percent of cardiovascular deaths occur in people with diabetes or pre-diabetes, and diabetes is also the leading cause of end-stage kidney disease.

“Both patients and physicians should be tremendously reassured by the results,” said co-author Vlado Perkovic, executive director of The George Institute Australia.

“It not only reduces the risk of heart disease, it also provides real protection against kidney decline, which affects many people with diabetes.”

However, a significant downside of using the drug was that it doubled the risk of amputation of a toe, foot or leg.

Diabetes can cause a narrowing of blood vessels between the knee and the toes, causing a decrease in oxygen circulation that prevents healing.

Canagliflozin works by blocking the body’s reabsorption of sugar or glucose. This results in more glucose being released in urine and a drop in glucose levels. Most other diabetes drugs work by managing insulin levels.

Neal added: “We don’t know why there was an increased risk of amputation, and further work is needed in this area.”

Eradication of Diseases: Surveillance Remains The Best Strategy – WHO
Advertisement