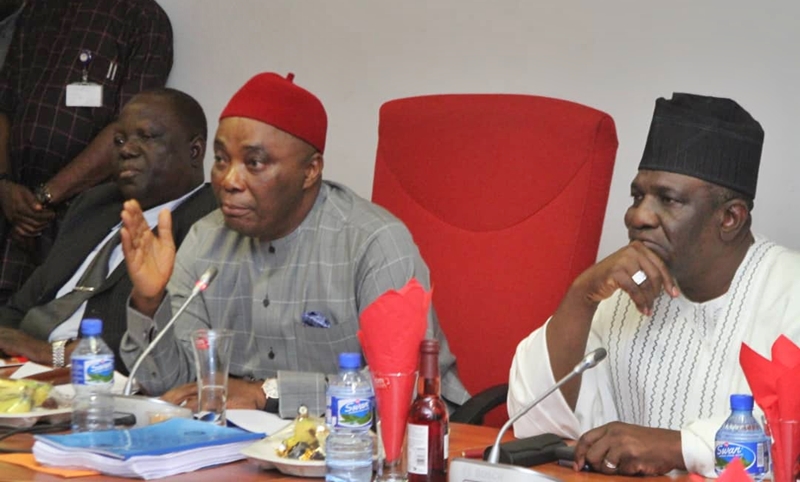 A pan-Anioma pressure group, Concerned Anioma Patriots has called upon the Attorney-General and Chief Law Officer of the federation, Abubakar Malami (SAN), to disclose the whereabouts of Senator Peter Nwaoboshi, who represents Delta North at the upper chamber of the National Assembly.

In a statement by Iwebelua Fred Nwaokolo, the group said this call has become expedient in view of the fact that “Of the three Senatorial Districts in Delta State, it is only Delta North (Anioma) electorate is presently devoid of a functional incumbent representation quotient at the upper chamber of the National Assembly”.

He posited that though this blankness is the manifest impact of the Lagos Appeal Court’s ruling on the 1st July, 2022, whereby Senator Peter Nwaoboshi, was handed a seven year jail term.

He further asserted that the Senator was neither the first nor will be the last to walk this torturous path as the exact abode of his contemporaries, such as the Senate Chief whip, Senator Orji Uzor Kalu and of course Senator Joshua Dariye were not hidden.

Nwaokolo also submitted that “the eerie silence on Senator Nwaoboshi’s exact abode will invariably engender a plethora of speculative versions”.

The Coordinator averred that various suppositional versions making the rounds, opined that the Senator is either at a custodial centre, or at a secret health facility, while yet others say he currently enjoys convoy backed unfettered movement.

“It is a curious paradox that a Senatorial Zone with highest number of local government areas in the state and endowed with eminently accomplished personalities has been without a representative for upward of ninety-two days”.

He admonished Malami to reveal Senator Nwaoboshi’s dwelling place, as it will avail Delta North the deserved representation at the Senate, while equally dispelling the notion that he (Malami) believes in the Orwellian assertion “That all animals are equal, but some are more equal than others.”