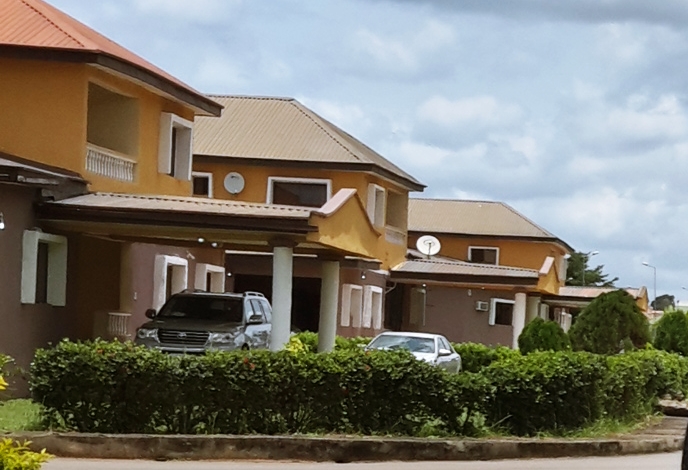 The residence of the member representing Aniocha South in the Delta State House of Assembly, Hon. Angela Nwaka, has been allegedly burgled by unknown persons who carted away an undisclosed amount of money running into tens of millions, foreign currencies, expensive jewelries, kitchen appliances and other treasured properties.

The heist which reportedly took place at the Legislative Quarters along Okpanam road on Wednesday October 18, 2017, in broad day light, was averred to have had an employee of hers, a female house maid as the mastermind.

Speaking on the condition of anonymity, one of the private security guards attached to the legislator’s quarter said, “Madam house girl enter the quarters with Keke Napep, na the Police people wen dey gate allow her enter with the Keke. When she reach Madam house, we think say she won go market, na im make us nor suspect am. She kom carry somethings inside the Keke and dey come drive comot. Na as madam come back na im we come dey hear say big money, necklace, clothes and even gas cooker don varnish for the house.”

Visibly saddened by the event, the lawmaker almost lost her cool but was quickly consoled by fellow lawmakers; Hon Shola Daibo, Hon Efe Ofobruku and Hon. Emeka Elekeokwuri who rallied round her.

The Policemen and Private guards attached to the legislator’s residence were seen being questioned by the lawmakers who pressed for further answers to unravel how the daylight robbery took place.

Efforts by journalists to speak with Hon Angela Nwaka proved abortive as she kept mute while the consoling lawmakers denied being aware of any incident.

It will be recalled that last week, stack of Naira notes and hard currencies worth millions, jewelries and other personal belongings were also carted away from the private residence of the Senator representing Delta North in the National Assembly, Peter Nwaoboshi by unknown bandits in Asaba.