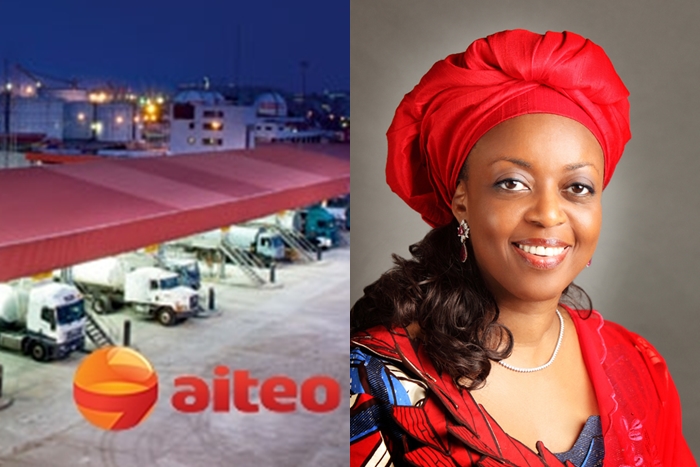 International Oil and Energy giant, Aiteo Group, has rebuffed in the strongest terms, an Online Publication alleging of a corrupt relationship said to have existed between it and Ex-minister for Petroleum Resources, Mrs Diezani Alison-Madueke.

In a statement obtained by Asaba Metro, signed by Ndiana-Abasi Matthew, Senior Manager, Corporate Communications Aiteo Group, it submitted that the company is considering a legal action against organisations who have or will allow themselves to be irresponsibly and unlawfully used in this smear campaign against the integrity of Aiteo group.

Our attention has been drawn to a scandalous and defamatory publication by an online newspaper, Premium Times, alleging without any foundation whatsoever, that our company maintained a corrupt relationship with the erstwhile Nigerian Minister for Petroleum Resources, Mrs Diezani Alison-Madueke.

Any objective reader of the article would readily come to the irresistible conclusion that the publication is, to all intents and purposes, prejudicially designed to tarnish the image and reputation of the company as well as that of our Executive Vice Chairman.

As some of these matters are sub-judice, we are unable to comment entirely on all issues raised. However, global best practice demands that we tender this rebuttal for the sake of shareholders, host communities, over 11,000 people who derive their livelihood from the company and the general public.

At no time in our company’s history, has any of our directors or employees ever been involved in any form of criminal or immoral business, other conduct or activity with the former Petroleum Minister, any NNPC or other government staff or agent. Aiteo never benefitted from the Strategic Alliance Agreements referenced in the article.  We were a major player in the Nigerian oil sector importing petroleum products for NNPC and exporting naphtha, fuel oil and condensates and already a flourishing and prosperous group by any standards long before Mrs Alison-Madueke’s appointment as Minister of Petroleum Resources. Aiteo’s core area of business has been the trading and distribution of sundry petroleum products since its inception in 1999.  Furthermore, the NNPC has publicly confirmed that no Aiteo entity is indebted to NNPC or any of its subsidiaries.

The article purported that Aiteo has been linked to the alleged 2015 INEC bribery scheme but failed to state in which way it arrived at this conclusion simply because no such reality exists. It is only those seeking to deliberately besmirch the hard-earned reputation of Aiteo as Nigeria’s foremost indigenous oil and gas company that will dubiously link the company, in the manner that the publication has done.

It is with respect to their false inferences concerning OML 29 that the true motive of the authors of the publication comes to light. The truth is that the sale of OML 29 to the Aiteo Consortium by Shell, was conducted under international best practices, with Aiteo emerging as the preferred bidder due to its superior technical and commercial competence. The rigor and transparency under which the bid was conducted by the owners of the purchased interest, Shell, Total and Agip, made it unnecessary and impossible for anyone to influence the outcomes inordinately.  These allegations are therefore wrong and should not have been published.

That Aiteo is able to announce a production increase of 400% from about 23kbpod a year ago to averaging over 90kbpod, is a testament to the technical robustness of our work force and the prudence and professionalism of our management team.

Despite our open-door policy to media enquiries, the authors claimed to have attempted to contact us several times. However, it is a shame that none of those efforts extended to using the contact details on our corporate website. We have long seen this coming, as it is apparent to Aiteo and any keen observer, that there is vested interest behind the unsavoury publications, and that there is an orchestrated campaign of calumny on an international level against an indigenous company that has gone global in outlook and outreach.

We are now left with no choice but to consider legal action against organisations who have or will allow themselves to be irresponsibly and unlawfully used in this smear campaign.

Aiteo Group’s contribution to the overall financial capacity of the country cannot be overemphasised. Our activities have contributed several millions of US Dollars to the country’s coffers and led to direct foreign investment worth more than US$4 billion, in addition to several other corporate social investments.

Despite laborious struggle to present Aiteo as a corporate entity with questionable credentials and poor track record in the industry, we make bold to say that our business is driven by a commitment to integrity, transparency and accountability, and that commitment is the cornerstone of our resilience and accomplishments, and which underpins Aiteo’s resolve to provide Nigeria consistently with integrated energy solutions that power the future.