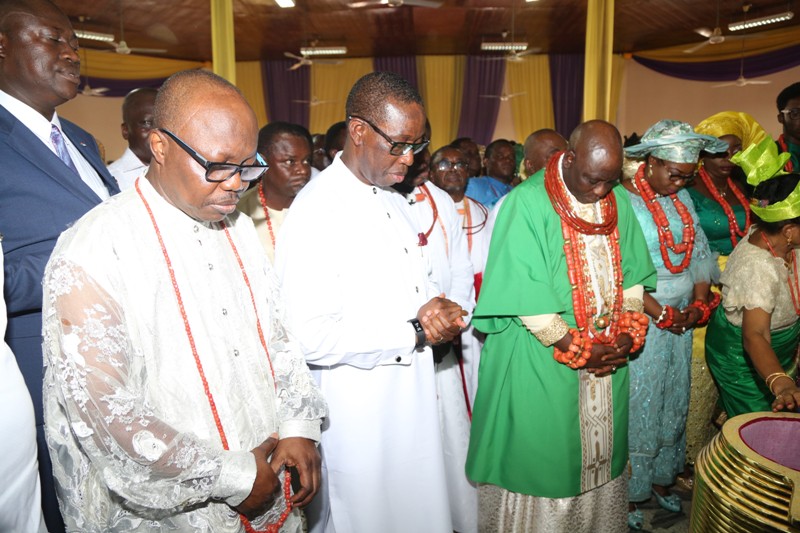 Governor Okowa congratulated the Olu of Warri on his one year anniversary and used the occasion to call for prayers for the country, the state, local government and different Kingdoms in the state.

He said, “Your Majesty (Olu of Warri), I congratulate you and thank you for giving your heart to God and we believe you reign will be peaceful, if we have peaceful Kingdoms, there will be peace in Delta State.” Okowa also used the opportunity to urge traditional rulers in the state to ensure that their subjects are not involved in any action capable of causing inter-communal crisis.

The governor described the killing or beheading of individuals as barbaric and not in tune with what is happening in the 21st century and said that such killings were capable of igniting retaliatory attacks capable of leading to inter-communal crisis.

While assuring of his administration’s commitment for dialogue to be harnessed as the best form of resolving disputes, Governor Okowa noted that peaceful communities would translate to a peaceful state.

Delivering the thanksgiving sermon, Bishop Mike Laju urged people to live a life of thanksgiving, a life of giving, stating, “what makes a man great is not what he has but, what he has done with what God has blessed him with; what will God remember you for?”

Over 22,000 Condoms Distributed for 2016 Calabar Carnival
Russia’s Ambassador to Turkey Assassinated in Ankara