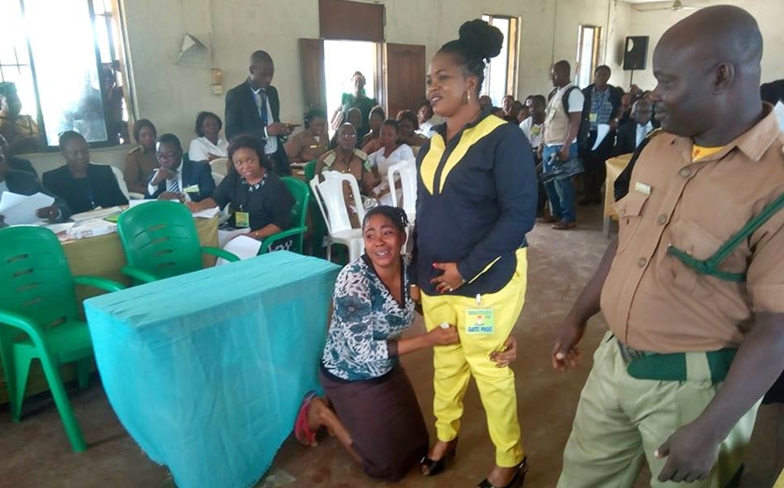 In its passionate bid to decongest Prisons across the state and review standing cases, the Delta State Chief Judge, Honourable Justice Marshal Umukoro has concluded the 2018 quarterly Prison Visit, securing the release of 206 inmates after a review of 2,630 cases.

Marking the end of the 2018 visits at the Warri Medium Security Prison popularly known as Okere Prison, the CJ reviewed a total of 875 case files of awaiting trial inmates and released 56 inmates at the facility.

Justice Umukoro perturbed by the increasing number of young persons in prison custody on the alleged charges of various offences, said the ugly development should be a growing concern to everyone.

He charged those released to turn a new leaf and be useful to themselves and society.

The Chief Judge commended the Director of Public Prosecutions, Ernest Edomwonyi Esq and members of his team for the success of the exercise, also appreciated his fellow Judges, Magistrates, the Police, the Prison Authorities and the Nigerian Bar Association for their various contributions.

The quarterly visit of the CJ to the various prison facilities across the state was aimed at fast tracking justice delivery in the state.

According to Justice Marshal Umukoro, the exercise is to ensure that inmates are remanded by warrant of a competent court jurisdiction, to determine the health status of awaiting trial inmates as only the living can face trial and to determine if the cases are diligently prosecuted amongst other reasons

Amongst those released at the Warri Prison was a 27 year old inmate who allegedly stole two bunches of banana worth N7,000 and a female inmate who has been standing trial for four years for wounding with intent.

The female inmate was released by the CJ after the victim appeared before the CJ and affirmed on oath that she has forgiven her assailant and was no more interested in the case.