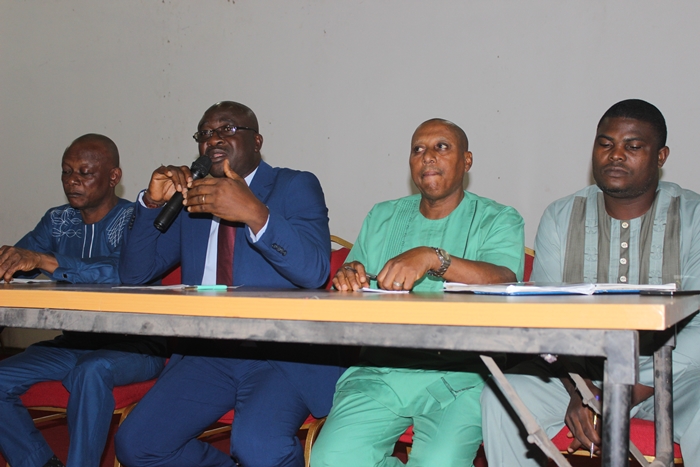 Delta State Commissioner for Information, Mr Patrick Ukah has disclosed that according to statistics obtained, a total of 42,169 direct and indirect jobs has been created in the last two years of Okowa’s administration.

Mr Ukah who informed the press of this development, stated that the creation of these jobs were as a result of the State Government programmes and policies in relation to the thriving peace in the State.

Giving a breakdown on how the figures were obtained, the Information Commissioner stated that the direct and indirect jobs are the ones the government has done and contracts that government has awarded within the period under review.

“About 42,169 direct and indirect jobs have been created by the efforts of government through the jobs and the contract that the state has awarded. The direct jobs include employment in DESTMA and in other agencies recently created, Job creation programmes in YAGEP, STEP and GEEP. The indirect jobs are when people are employed (adhoc or permanent) for the execution of contracts as activated by government.

“We have a formula to track jobs that the government has created and on daily basis we have been tracking this and it has been growing by number. We have also commissioned that other jobs created in the state should be tracked because we believe that alot has been created not only by government but by the private sector.”

He added that the State Government is currently tracking other jobs created by the private sector within the period under review stating that if the state is not conducive and if the needed infrastructure is not provided by the state, investors will not come. “We have not computed jobs created from this area and there are processes going on now to liaise with the department of national statistics to be able to work out that”.

However, the Information Commissioner could not provide accurate figures of Deltans who benefited from the 42,169 direct and indirect jobs created so far by the Okowa administration.