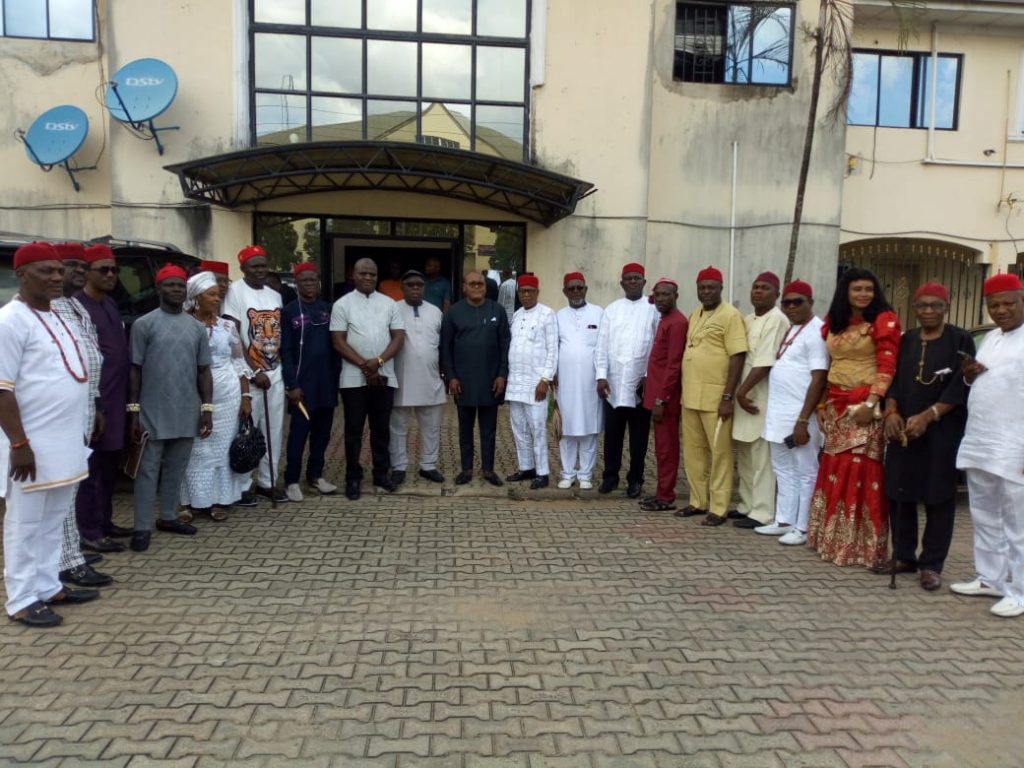 With the Lagos Chamber of Commerce and Industry (LCCI) declaring last week that Nigeria is transiting into stagflation, Nigerians have been warned that unless a structured rescue of the country is effected from May 2023, the country may collapse irretrievably.

The path to rescuing the country lies in ensuring that Bola Ahmed Tinubu, presidential flagbearer of the ruling All Progressives Congress (APC), “does not continue the legacy of deceit of the administration of President Muhammadu Buhari.”

The Senior Political Adviser (SPOLAD) to Ifeanyi Arthur Okowa, Governor of Delta State, Rt. Hon. Funkekeme Solomon gave the charge when he received a delegation of Ohaneze Ndigbo, Delta North and South chapter that paid him a courtsey call on Thursday in Asaba.

“Nigeria is in comatose state, it is on a cliffhanger and on the verge of collapse due to the unmitigated misrule of APC under Muhammadu Buhari’s watch as president. Nigeria needs urgent rescue and only Atiku Abubakar and Ifeanyi Okowa under the Peoples Democratic Party (PDP) can bring the country back on track”, Rt. Hon. Funkekeme Solomon, the SPOLAD, said while addressing the Ohaneze delegation.

He said morally, Tinubu does not qualify to succeed Buhari as that will amount to a “continuation of the insecurity, insurgency, rudderless management of economy and, ultimately, national collapse”.

Solomon appealed to Ohaneze to work for the success of PDP so that Nigeria can come alive again. “Nigeria is now a laughing stock among other African countries because of the unenviable status our country has attained as the poverty capital of the world where even its president is not safe from attacks by terrorists”, Solomon noted.

He told the delegation that Okowa being their own son deserves total support to be elected vice president so as to change Nigeria’s unsavoury narrative.

The SPOLAD commended Ohaneze for always being a reliable partner in Delta State, noting that Igbos have contributed immensely to the development of the state.

Solomon also urged them to join in the task of advocacy and mobilisation of the people to ensure the election of Rt. Hon. Sheriff Oborevwori as governor of Delta State in 2023.

Speaking earlier, the president of Ohaneze Ndigbo, Delta North/South chapter, Chief Chiedu C. Idama, pledged the cooperation and support of his group to Delta State Government. He congratuled Gov. Okowa on his emergence as presidential running mate, pledging to work for his election. “Where Okowa stand, we stand”, he said.

Among the delegation are Hon. Michael Eze, immediate past president of the group; Chief Ifeanyi Obunseli, deputy president and Dr. O. I. Igwe, secretary general.