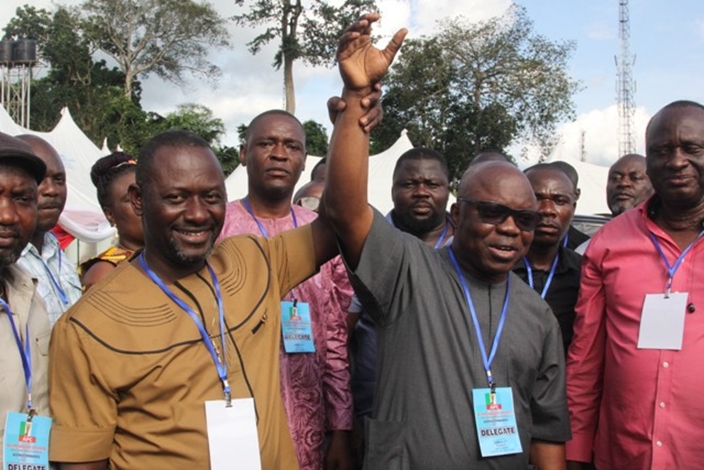 The primary election panel of the All Progressives Congress (APC) in Delta State led by Major General Lawrence Onoja (Rtd), has affirmed Dr. Emmanuel Eweta Uduaghan, the immediate past governor of Delta State as the party’s Senatorial candidate for Delta South Senatorial District.

The affirmation was held on Wednesday, October 3, 2018 at the Civic Centre in Oleh, headquarters of Isoko South Local Government Area of Delta State.

Co-contestants with Dr. Uduaghan, Chief Michael Johnny, Air Vice Marshall Henry Okorodudu and two others were screened out by the National Working Committee (NWC) of the APC in Abuja, leaving the former governor as sole candidate.

Speaking after his affirmation, Dr Uduaghan expressed appreciation for the confidence reposed in him.

He assured delegates and members of the Senatorial district of good representation, while also promising to unite the two factions of the party in the state.

“I’m happy about the affirmation. I was ready for it. When the final report came up, I was cleared and I’m happy for affirmation.

“Be assured of quality representation. By God’s grace, I’ll win the election. You know that in Delta, APC has never won any election. We need to come together in other to win.

“I’m going to bring everybody together by God’s grace. After the primaries, there’ll be no faction, all of us will be one.” Uduaghan said.