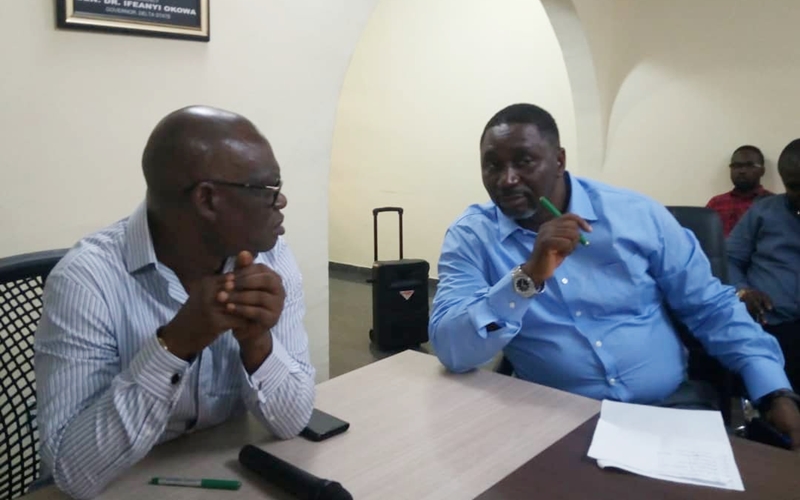 The Director General (DG) of Warri/Uvwie and Environs Special Area Development Agency (WUEDA), Comrade Ovuozourie Macaulay has enjoined youths in Uvwie to emulate their counterparts in Warri South local government area who have conducted themselves properly with contracting firms handling projects for the state government.

Speaking in Warri, at a meeting with representatives of youths from Uvwie communities he said that it was imperative for the youths to conduct themselves in a manner that would engender peace and a conducive environment for the master drainage project to go on unhindered.

According to him, the youths of Warri South were collaborating well with the contractor and had freely opted to work without preconditions to the government or the contractor.

“The youths in Warri South are cooperating and volunteering to work with the company with no conditions attached, and I want you people to emulate this good gesture,” the DG stated.

Besides, he denied speculations among the youths which claimed that the council chairman, Mr. Ramson Onoyake has been paid some money with respect to the drainage project, stressing that the council boss has no direct relationship with the contractor.

Macaulay who is a former Secretary to the State Government (SSG), explained that he brought the council boss on board because of the need to ensure that the Agency carried everyone along, and was only involved because it was easier for him to relate with his people when issues arose.

He advised the youths not to allow anything to cause quarrel amongst them, adding that they should at all times manage whatever comes to them amicably.

The DG disclosed that he would not hesitate to report to the State Governor, Senator Ifeanyi Okowa “areas where the youths are cooperating as well as where they are not cooperating.”

He said also that the Community Liaison Officer (CLO) appointed by the community was on site on a daily basis to ensure that the youths and the community were not shortchanged.

In his response, the Uvwie Community Liaison Officer (CLO), Mr. Kingsley Erhiabor noted that the youths were happy that the project was being executed in their area, and expressed their readiness to work with the Agency to ensure that peace and harmony prevailed in the area.

Macaulay also met with representatives of youths from Warri South, and expressed gratitude to them for their cooperation and peaceful comportment so far.

“When development project of this nature comes in, there are bound to be agitations amongst communities, and being that the Governor took proactive action and steps, agitations and tensions that would have arisen have be avoided,” the Chairman of Warri South, Mr. Michael Tidi, stated.