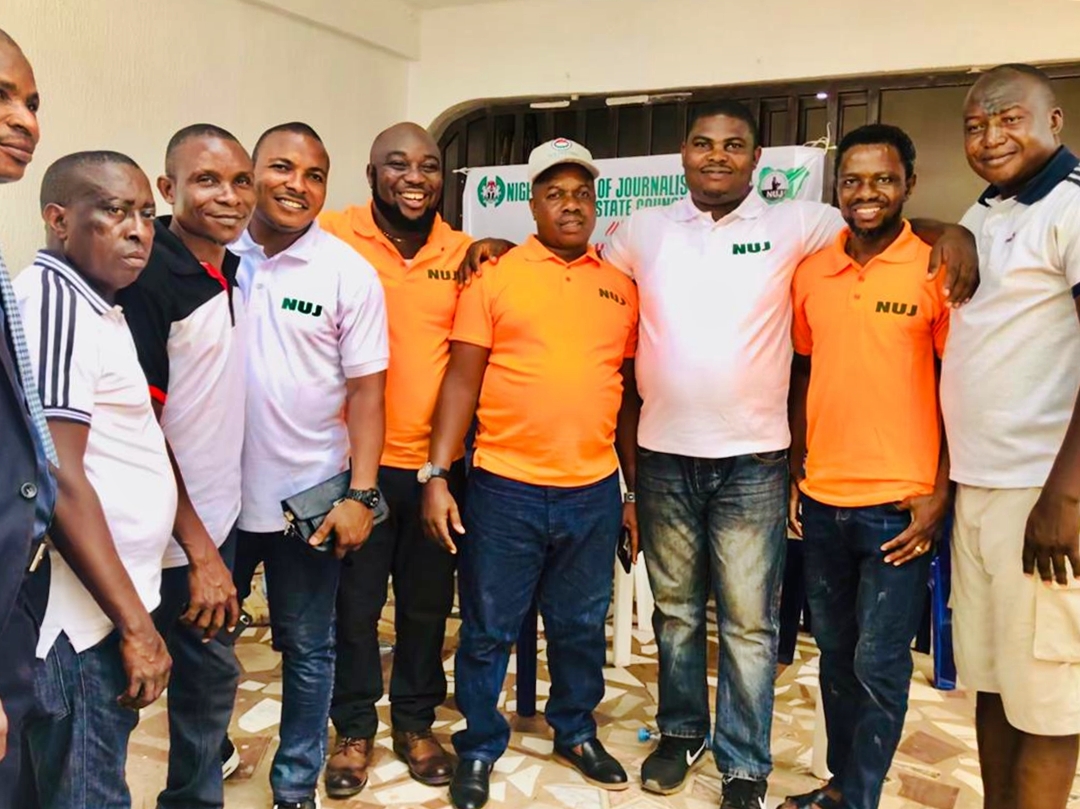 The Nigeria Union of Journalists, NUJ Delta State Council, has condemned in its entirety the harassment of journalists in order to intimidate them and deny them the freedom to hold government accountable as enshrined in the Constitution of the Federal Republic of Nigeria.

Speaking during the celebration of the World Press Freedom Day at the Press Centre in Asaba, the NUJ Chairman, Comrade Michael Ikeogwu said that the freedom of the press encompasses all forms of independence on the part of media practitioners to do their jobs.

He recalled the recent beating up of a journalist to a pulp in Sapele by security operatives in an attempt to stop the journalist from doing his job during a protest.

Ikeogwu called on the government and its officials, including security agents to stop infringing on the right of journalists who daily risk their lives to uncover ills that daily bedevil our society.

The performing media leader equally admonished employers to desist from the habit of not paying journalists as and when due, insisting that such industrial attitudes are capable of jeopardizing the integrity of the journalists when they are offered some sort of inducement.

He further challenged politicians to stop the act of impunity where they chase journalists with thugs for reporting their negative sides, positing that henceforth, such impunities would be vehemently resisted.

As a way of balancing his position, the Chairman none the less, berated erring members who are unrepentant in breaking the ethical rules of journalism.

He urged journalists under his watch to fashion out ways of carrying out their duties objectively in order to safeguard them from premeditated dangers.

According to him, ” the NUJ at the national level should work with the National Assembly to enact laws that will make it impossible for traditional media practitioners to suffer undue intimidations, while also penalizing those who indulge in unprofessional conducts, especially via the social media.

The theme of this year’s edition of the World Press Freedom Day is “Media for Democracy: Journalism and Election in Times of Disinformation”.

The Press Freedom Day is celebrated across the world every May 3. It represents an opportunity to advance fundamental principles of Press Freedom and to pay solemn tributes to journalists who have lost their lives in the line of duty.

The United Nations General Assembly declared May 3 to be World Press Freedom Day, to raise awareness on the importance of the Press and remind governments of their duty to respect and uphold the right to freedom of expression as enshrined under Article 19 of the 1948 Universal Declaration of Human Rights and, marking the anniversary of the Windhoek Declaration – a statement of free press principles put together by African newspaper journalists in Windhoek in 1991.

However, in paying glowing respects to colleague journalists who had fallen to tyranny, dictatorial evil machinations against the media and political vendetta; a minute of silence was observed in their honour.