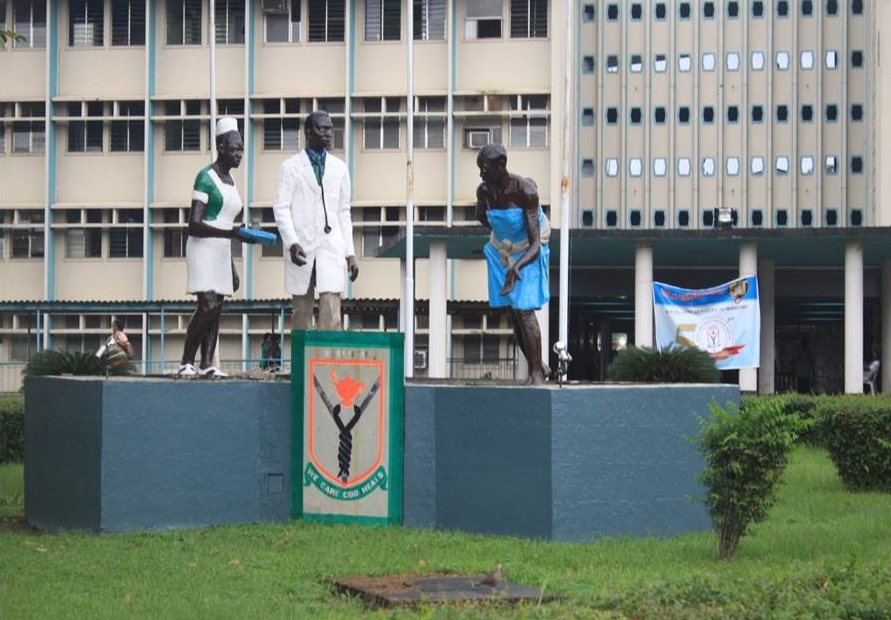 The Management of the Lagos University Teaching Hospital, LUTH, Idiaraba, Lagos State, has confirmed that a set of twins born with two heads and one body were in their custody even as indications show that they may not be separated at the hospital. Vanguard gathered that already, top management of the hospital is working on how to achieve optimum health for them.

The said babies were delivered at a private hospital in Ogudu area of Lagos, with two heads, a neck, chest, two legs and two hands, a condition which medical experts described as rare and known as Parapagus. Parapagus is a rare form of partial twinning where there are two heads and two necks side by side on one torso.

According to Vanguard Reporter, the Chief Medical Director of LUTH, Prof. Christ Bode declined comments, stating that it is the hospital’s policy to maintain patient’s confidentiality. “Until I am briefed”, I cannot comment on the matter.”

Earlier, the Public Relation Officer of the hospital, Mr Kelechi Otuneme had confirmed that the baby was in their custody but declined further comment on the matter. Also, a Consultant Paediatric Physician, who spoke on the condition of anonymity, explained that although, he was yet to be briefed on the baby, “the baby is supposed to be an identical twin but in the course of formation were divided up to their head while the remaining part were co-joined.

On whether it would be necessary to fly them abroad, the consultant paediatric said doing that would amount to a waste of resources. His words, “It is not all co-joined twins that can be separated once they share vital organs such as the heart, the liver and intestines.”

According to medical doctors at Med-In Specialist Hospital, Osogbo Street in Ogudu area of Lagos State who took the delivery said the baby was born around 6:30PM on Tuesday December 13th, 2016 through an elective cesarean section.